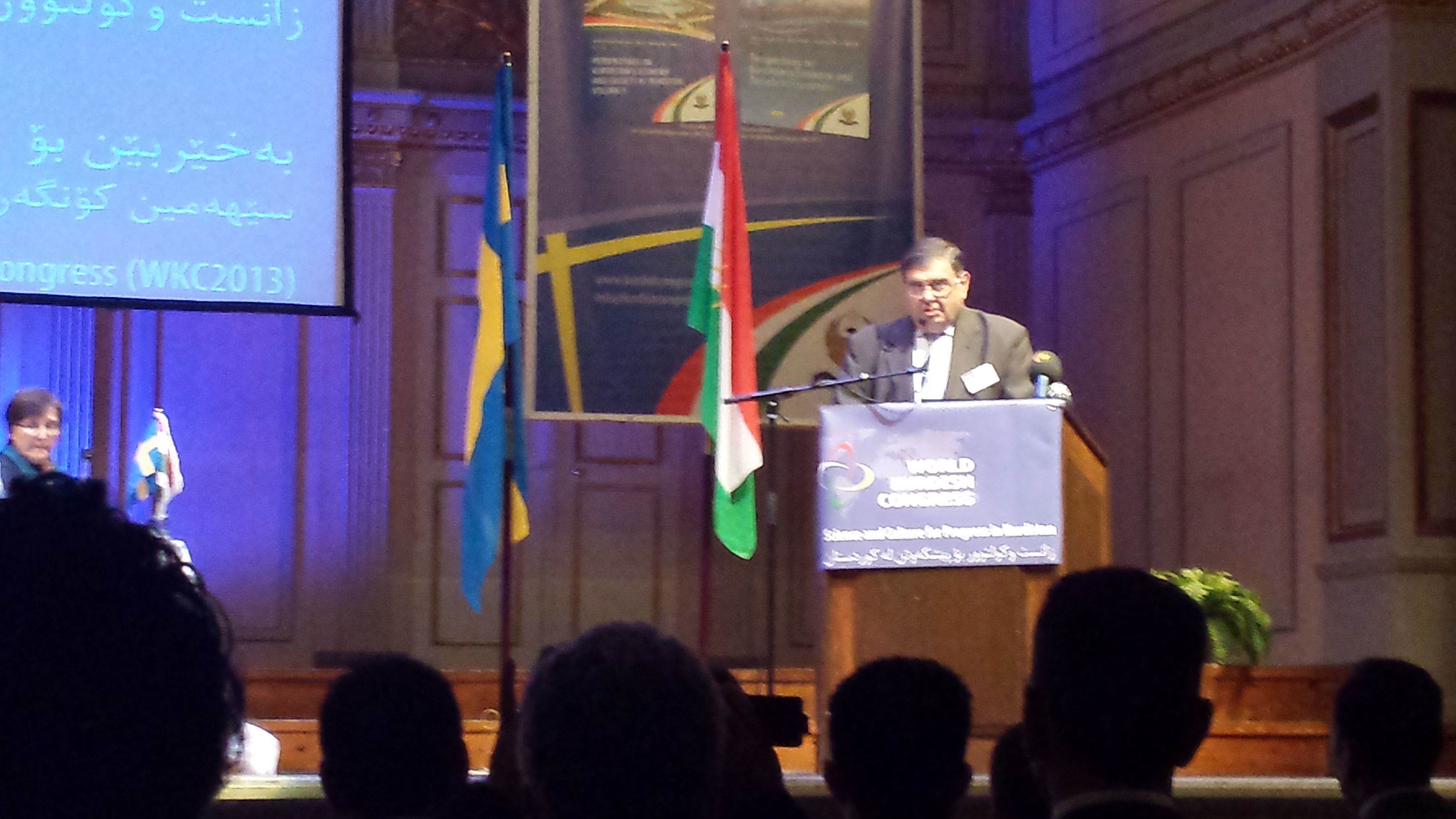 Kurdistan Regional Government’s financial, scientific and cultural issues were touched at the 3rd World Kurdish Scientific Congress which was convened on October 11-13, 2013, in Stockholm, Sweden. During the three-day event experts in the aforementioned fields delivered presentations and reports and laid the foundations for future plans. The main objectives of the Congress were the strengthening of the existence and role of Kurdistan within the framework of the continuously developing, progressive and contemporary global society and at the meantime providing peace and prosperity for the Middle East region.
Welcoming speeches were given by the Head of the Department of Foreign Relations of the Kurdistan Regional Government, Falah Mustafa Bakir, Swedish MP, Fredrik Malm, WKC President, Alan Dilani and other prominent figures such as Canadian MP Jim Karygiannis.

The European Armenian Federation for Justice and Democracy (EAFJD) was invited to take part in the panel of the first session called “Lessons Learned from a Successful Diaspora” and address the Congress with a keynote speech. EAFJD President, Kaspar Karampetian referred to the causes that formed the Armenian Diaspora as well as to its present state of affairs. Karampetian emphasized on the respect of the political rights of the Kurdish minority during the 1st Republic of Armenia (1918-1920) such as the election of a Kurdish member of Parliament as well as during the Soviet times when the Kurdish minority could enjoy the benefits of having a radio and a newspaper using their native language.