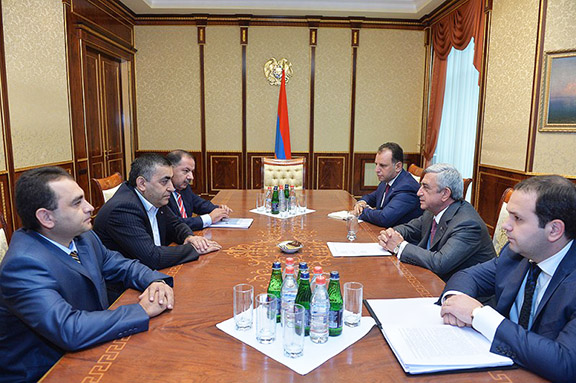 Representing the ARF-D at the meeting were ARF-D Bureau member and parliamentary bloc president Armen Rustamyan, as well as ARF-D Supreme Council of Armenia members Aghvan Vardanyan and Arsen Hambardzumyan. Vardanyan is also the Secretary of the party’s bloc in parliament.

The ARF-D representatives expressed readiness to continue active and comprehensive discussions on the Draft Constitutional Reforms. The party leaders also reiterated that issues of importance to the ARF-D have been included in the draft package.

“There are still certain issues and approaches that require further discussion,” said Hambardzumyan following the meeting in an interview with Armlur.am.