The International Union of Socialist Youth’s (IUSY) World Congress 2016 was held on February 25-28, in Tirana Albania.

The World Congress which convenes once every two years is the supreme body of IUSY. At the Congress the outgoing Presidium presents its two-year term report, determines the guidelines of the coming term’s action plan and elects the new Presidium. 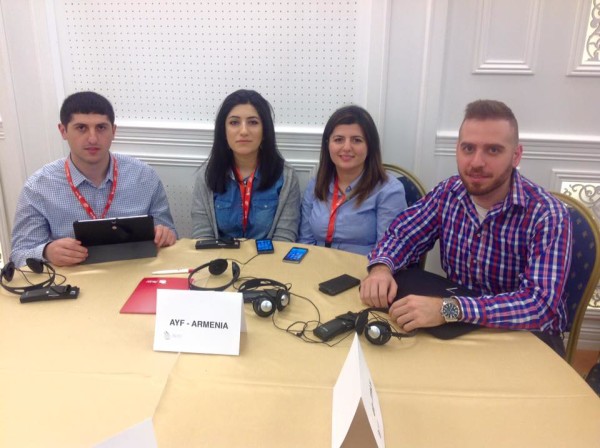 At the end the Congress elected the new leadership of the organisation. AYF had nominated its candidate at the European Committee. As a result of a long and consecutive work Garabed Chadoian was elected one of the five European Vice Presidents of IUSY, the largest international, socialist youth organization. Chadoian’s jurisdiction covers the Black Sea region. 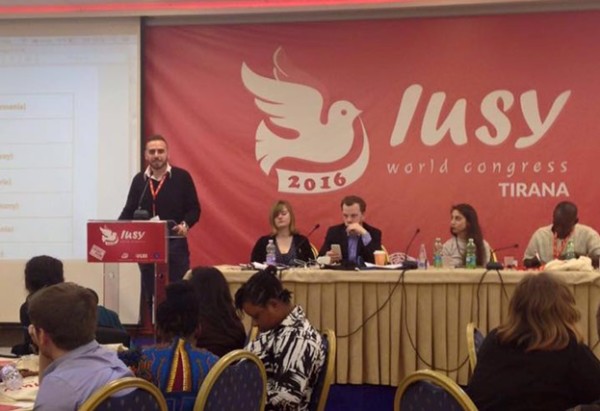 Garabed Chadoian at the podium of IUSY World Congress 2016

The assignment of such a high responsibility within an international and prestigious organization like IUSY, creates a great opportunity for the AYF to properly present Armenia and Armenians to the international youth community and to familiarize the latter with the just aspirations of the Armenian nation. Simultaneously as a member of the leadership, AYF will have the chance to play an important role in issues that interest the global and regional youth.

We would like to remind that in May 2015, AYF hosted the IUSY World Council in Yerevan, with the participation of 160 youth delegates from more than 50 countries.

The International Union of Socialist Youth (IUSY) is the fraternal organization of the Socialist International. IUSY membership includes 143 socialist–social-democratic–labor youth and student unions from 100 countries.

AYF is a full member of IUSY.