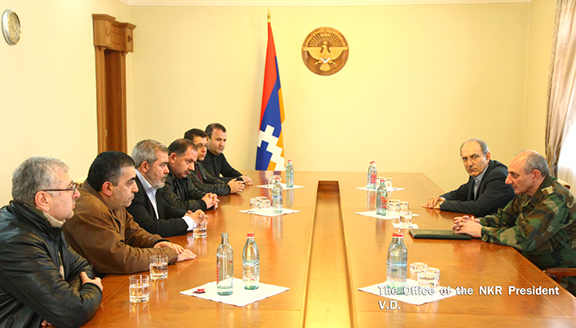 According to a statement released by President Sahakyan’s office, the meeting addressed a range of domestic and foreign policy questions, while special attention was paid to the large-scale combat operations launched by Azerbaijan from April 1-4 and their consequences.

President Sahakyan noted that the entire Armenian nation demonstrated exemplary unity and cohesion during the heightened conflict, and highlighted the role of political forces —namely the ARF-D— in this process.