YEREVAN — A group of 200 people joined the ranks of the Armenian Revolutionary Federation-Dashaktsutyun (ARF-D) at a public celebration of the 25th anniversary of the independence of the Nagorno-Karabagh Republic (Artsakh/NKR) at Yerevan’s State Opera Theater on Sept. 2. 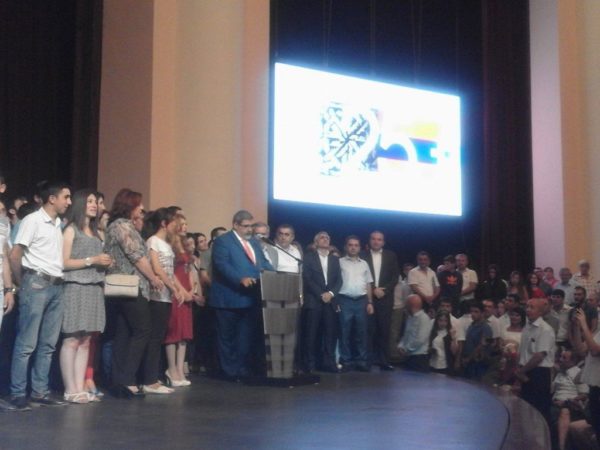 ARF-D Bureau member and director the ARF-D International Secretariat Giro Manoyan administered the membership ceremony. In his address, Manoyan announced that the party’s membership has grown by ten per cent in the past few months.

Representatives of the ARF-D Bureau, ARF-D Supreme Council, Ministers, regional governors, parliamentarians, government officials, as well as party members and supporters, were present at the event, which began with an observance of a moment of silence for the victims of the large-scale attack launched on NKR servicemen and civilians by Azerbaijan in early April.