(ARMENPRESS) Minister of Education and Science of Armenia Mr. Levon Mkrtchyan presented to the Parliament the programs which the ministry plans to carry out in 2017.

During Parliamentary debates on the 2017 state budget draft, the minister said there will be continuous programs, as well as new programs will be initiated which are derived from the new Government’s program. 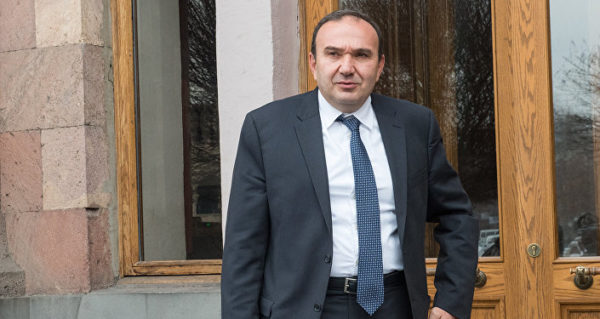 “The public education sector comprises a large part of our budget. Here we have several important issues. We attach great importance to the school nutrition program, which has great significance not only in terms of discipline. The program is an absolute success. Through gradual steps, we have to achieve the implementation of this project in all secondary schools of the country”, Mkrtchyan said.

The Minister also attached importance to the pre-school projects which are implemented under the World Bank’s loan program. According to him, there are issues related to co-financing in the sphere, and the ministry is currently holding talks with the World Bank to regulate the issue.

Mkrtchyan also commented on upcoming reforms in schools. He reminded the absolute majority of Armenia’s school system are schools with low number of students, and in this case the mechanical optimization variant cannot be effective.

“This implies introduction of a complete e-education system. We are now negotiating with donor organizations to solve this issue. We have to bring the electronic education system to a completely new level. In this case we have to cooperate with concerned and established NGOs”, he said.