The minister of territorial administration and development Davit Lokyan (ARF-D) hailed today the Armenian-French Forum on Decentralized Cooperation, describing it as a good platform connecting the two countries’ cities, towns and villages, according to tert.am. 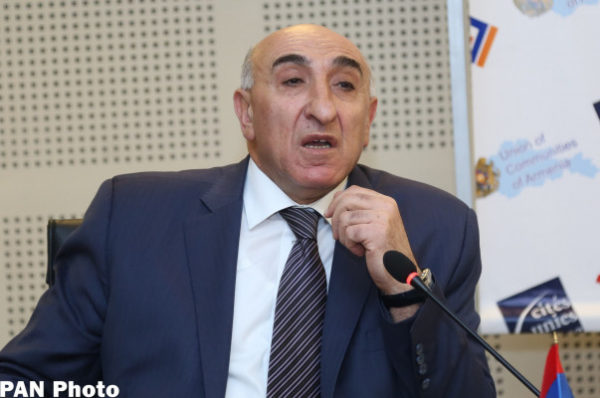 In his remarks, Lokyan expressed hope that the meeting will also boost the bilateral relations, enabling both the French and Armenian people to develop tourism, territorial administration and agriculture.

“The logic behind this forum is the finest. Disproportion is a real problem in our country today, as we see the vast differences in poverty rates between Yerevan and the regions,” he said, citing earlier examples of successful cooperation with different French communities such as in Davush, Shirak and elsewhere.

The forum also offers the participants a good opportunity to exchange experience and consider collaborative investments, as well as sum up and plan future cooperation issues.

The event is being held in Yerevan. The key topics on the agenda include tourism, agriculture, education and the Francophonie.