(source: Armenpress) Based on the principle of balanced development of territories, large-scale projects are being launched in 9 cities of Armenia, 5 of which have already been initiated, minister of territorial administration and development David Lokyan [ARF-D, junior coalition partner] said after the consultation on tourism development in Jermuk, headed by President Serj Sargsyan, Armenpress reported. 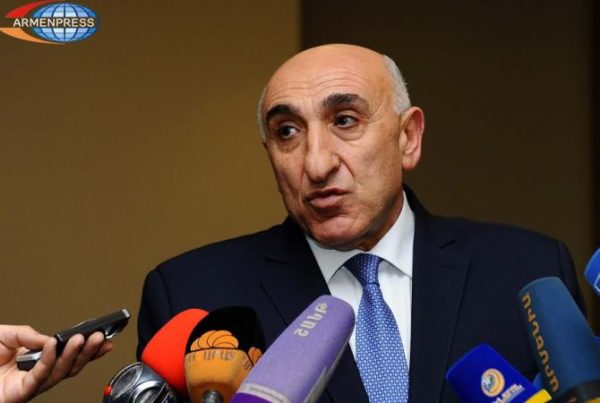 “We are talking about a loan project worth approximately 50 million dollars, which is provided by the Asian Development Bank for realizing the first stage of the project. The first stage includes the cities of Vanadzor, Jermuk, Dilijan, Tsakhkadzor and Ashtarak. 20 million USD is planned for development of Vanadzor, 10 million for Jermuk, 6 million for Dilijan, 10 million for Tsakhkadzor and 4 million for Ashtarak. The private sector will also be involved, and we expect this capital to at least multiply in volumes so as to have huge infrastructures, tourism and leisure zones and other attractive projects in those areas”, the minister said.

He said the project will be continuous. The second stage will include another 5 cities. Gyumri will be part of the project. The minister said the loan project will come into force in September of 2017, after being approved in May-June by the Parliament which will be formed in next April’s parliamentary elections.

“In addition, the President has been briefed on a new project implemented by us. Russia provided a 3 million USD grant to Armenia for solving the issues of village tourism, which will include around 60 village settlements. This project aims at boosting village tourism”, Lokyan stressed.

According to the minister, one of the priorities of the abovementioned project will be creating a summer and winter tourism center near Arpi lake in Amasia.

“Another part of village tourism will be in regard of Stepanavan region. Another part might be transferred and realized in Berd, Tavush. The list will be ready in a month. We are being assisted by the UN’s corresponding structure, which helps to select settlements which have prospects of village tourism development”, Lokyan said.