(azatutyun.am RFE/RL) The Armenian Revolutionary Federation-Dashnaktsutyun, one of the four political groups that will be represented in Armenia’s new parliament, said on Wednesday that it hoped to make a stronger showing in Sunday’s general elections.

A Dashnaktsutyun leader also announced that it will open talks with the ruling Republican Party of Armenia (HHK) “in the coming days” on its continued presence in the government.

According to the Central Election Commission (CEC), Dashnaktsutyun finished four in the elections with 6.6 percent of the vote which should earn it 7 or 8 seats in the parliament. It fared slightly worse in the previous elections held in 2012. 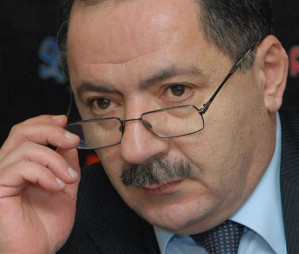 The body issued a written statement that cautiously praised the conduct of the weekend ballot, noting “free competition” among Armenian parties and blocs. Still, it said the “unexpectedly high voter turnout” registered by the CEC resulted in part from abuse of “financial and administrative resources.”

Vardanyan confirmed that the statement referred to vote buying and voter intimidation that has also been alleged by the Armenian opposition forces. He said that the HHK illegally exploited its government levers to win the vote.

Vardanyan at the same insisted that these and other violations did not have a “substantial impact” on the election results that gave a landslide victory to the ruling party.

The Dashnaktsutyun statement said in this regard: “The fact is that a considerable part of the society which has found itself in a severe socioeconomic situation … is still unable to make a free and conscious choice.”

Election observers from the OSCE and other European bodies likewise cited “credible information” about vote buying in their preliminary report released on Monday. The HHK and its individual candidates, many of them wealthy businesspeople, deny handing out vote bribes.

Vardanyan said that the HHK and Dashnaktsutyun are now poised to start discussing the possibility of extending their “open-ended” power-sharing agreement reached a year ago. “The Electoral Code allows us to engage in such discussions in the coming days,” he said.

The HHK spokesman, Eduard Sharmazanov, said on Monday that Dashnaktsutyun’s continued presence in the government would be “very logical.” “Our cooperation is strategic and long-term,” he said.