(armenpress.am) “A pro-Armenian atmosphere exists in France. And it was expected, because the Armenian community has carried out consistent work in the direction of the political field,” said Mourad Papazian, Co-Chair of the coordinating council of France’s Armenian organizations and member of the ARF-D Bureau told Armenpress. 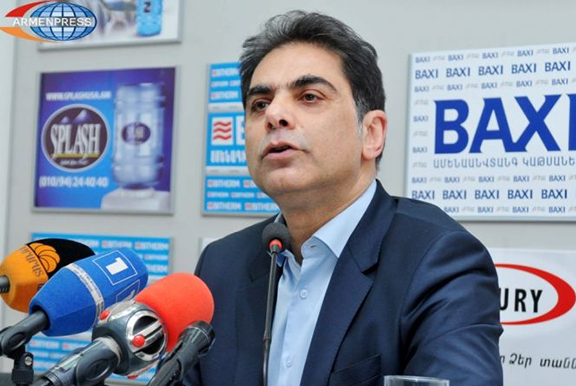 “The Armenian community has done a serious work. Back during the debates on the bill criminalizing the denial of Armenian Genocide – both in the National Assembly and in the Senate the political forces voted for the text which we supported,” Papazian said.

In terms of endorsing any presidential candidate, Papazian mentioned in such a case, the political figure must have had an exceptional contribution to the issues of the Armenian Cause.

“Even if today the statements of the presidential candidates are positive, there is no individual who can be similar to Francois Hollande. He already contributed greatly; friendly relations were established with him. We requested to hold a discussion with the presidential candidates in order to have the confidence that it’s not only statements that are made. In order to endorse any candidate, we must have personal trust towards them,” he said.

The first stage of the French presidential election is set for April 23.

A commemorative event for the Armenian Genocide victims will be held on April 24 in Paris, which will be attended by President Francois Hollande. The presidential candidates are also invited.

“We’ll see who will pass to the second stage. If there will be any candidates on April 24 who will give speeches, who will personally give promises to the Armenian community, political and public figures, on Armenian issues, perhaps we will urge to vote in favor of a particular candidate in the second round,” he said.

French Presidential candidates Marine Le Pen, Francois Fillion and Benoit Hamon recently made pro-Armenian statements on various issues, including the international recognition of the Armenian Genocide and the peaceful settlement of the Nagorno-Karabakh conflict.