(ARMENIAN WEEKLY) YEREVAN—Armenian Revolutionary Federation-Dashnaktsutyun (ARF-D) leaders confirmed on May 2 that the party will sign a new cooperation deal with the ruling Republican Party of Armenia (RPA) in the coming days. 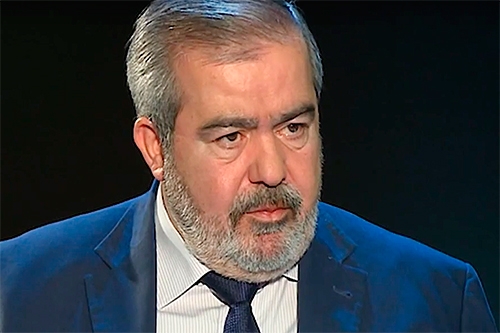 “The text of the cooperation is ready—there is no real reason why the cooperation will not be signed. We are waiting on the Constitutional Court. I believe the signing ceremony will take place in the coming days,” ARF-D Bureau representative Hrant Markarian told Yerevan-based Yerkir news outlet. According to Markarian, the new agreement will be very similar to the last one signed between the two parties on Feb. 24, 2016. Markarian also said that the new agreement will not have a specific term limit and will likely secure three ministerial portfolios for the party.

There have been several reports of the ARF-D’s shaky relationship with Armenian Prime Minister Karen Karapetyan in recent days, claiming that party and the Prime Minister have not seen eye-to-eye on several issues about the country’s future. One report claimed that during a social gathering, at which several Ministers—including two of the three current ARF-D Ministers—were present, the Prime Minister joked that he would replace the ARF-D cabinet ministers with female Ministers.

“Many things are said while joking, but having female Ministers [in cabinet] is no laughing matter. [We’re living in the] 21st century and women need to be represented in politics and in government just as much as men. Would it be horrible if the Prime Minister [of Armenia] was a women? [German Chancellor Angela] Merkel is a woman—is she a bad leader? There is absolutely no problem or nothing to be surprised about—we have to think this way. It’s the 21st century,” Markarian said, when responding to the reports about the gathering at which he said he was not present.

Speaking to RFE/RL’s Armenian service, the leader of the ARF-D’s Parliamentary faction and head of the party’s political affairs Armen Rustamyan also dismissed media reports that the ARF-D has serious differences with the Prime Minister. “There are no problems as such,” he said. “We are engaged in very healthy discussions, and I’m very happy that everyone has their views and an opportunity to assert those views.”

After months of negotiations, the ARF-D and the RPA signed a “Political Cooperation Agreement” on Feb. 24, 2016, at the Armenian presidential palace in Yerevan.

The agreement, which was signed by ARF-D Armenia Supreme Body Representative Aghvan Vardanyan and RPA Deputy Chair Armen Ashotyan, was comprised of three main headings that covered a wide array of issues. Most notably, the agreement highlighted the fact that the ARF-D and the RPA would work closely to make the various aspects of Armenia’s new constitution a reality.

The agreement also noted several internal and external issues the two parties would work on together, including social, national security, and economic issues, as well as educational initiatives. (The full text of the agreement is available here.)

The ARF-D is represented in Karapetian’s current cabinet by three ministers in line with the Feb. 2016 cooperation.