Memorandum Signed Between Education Ministers of Georgia and Armenia 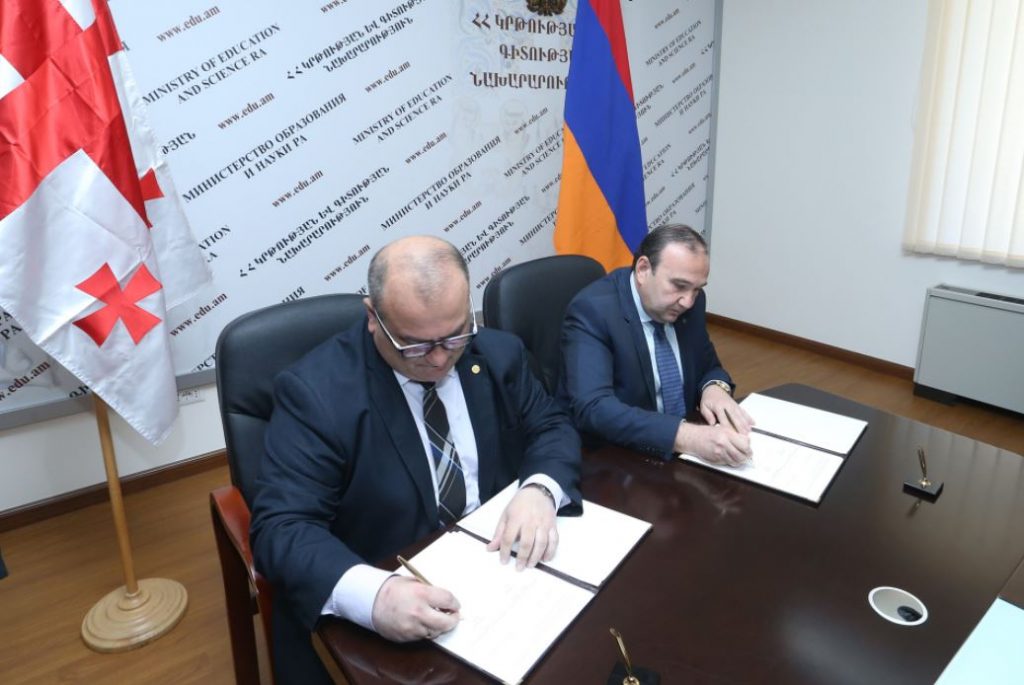 A scene from the signing of the memorandum (Photo: Ministry of Education of the Republic of Armenia)

Further steps for developing cooperation in the education and research sectors between the two countries were discussed at the meeting, according to a statement released by the Armenian Ministry. The ministers highlighted that the research and education systems of both countries face similar challenges and the issues should be resolved through common efforts and regional programs.

A memorandum was then signed between the two Ministers. Mkrtchyan thanked his Georgian counterpart for the visit to Armenia and noted that after the appointment of Jejevala as Minister, dramatic changes have taken place in the bilateral relations between the two countries.

“Our countries share common educational reforms and there is a substantial potential to further not only bilateral relations, but also to develop relations with Europe, as we have major co-implemented projects such as Horizon 2020 and Bologna process,” said Mkrtchyan. “In other words, we should consider our two countries as a common education area, with the same issues and values.”

The Georgian Minister expressed gratitude for the hospitality, emphasizing the enhancement of bilateral relations.

“We have common problems, goals and approaches, which will enable us to undertake clear steps in a number of directions in the upcoming months,” said Jejelava. “The first target will be aimed at improving the quality of the Armenian schools and the teaching program of the Armenian language.”

According to the memorandum, the parties undertake to develop direct cooperation in higher, scientific and research institutions of the two countries, to promote the exchange of information on the structure of the education systems, content and forms of organization. Up to 10 scholarships are also expected to be provided for master’s degree students in higher educational institutions on a mutual basis.