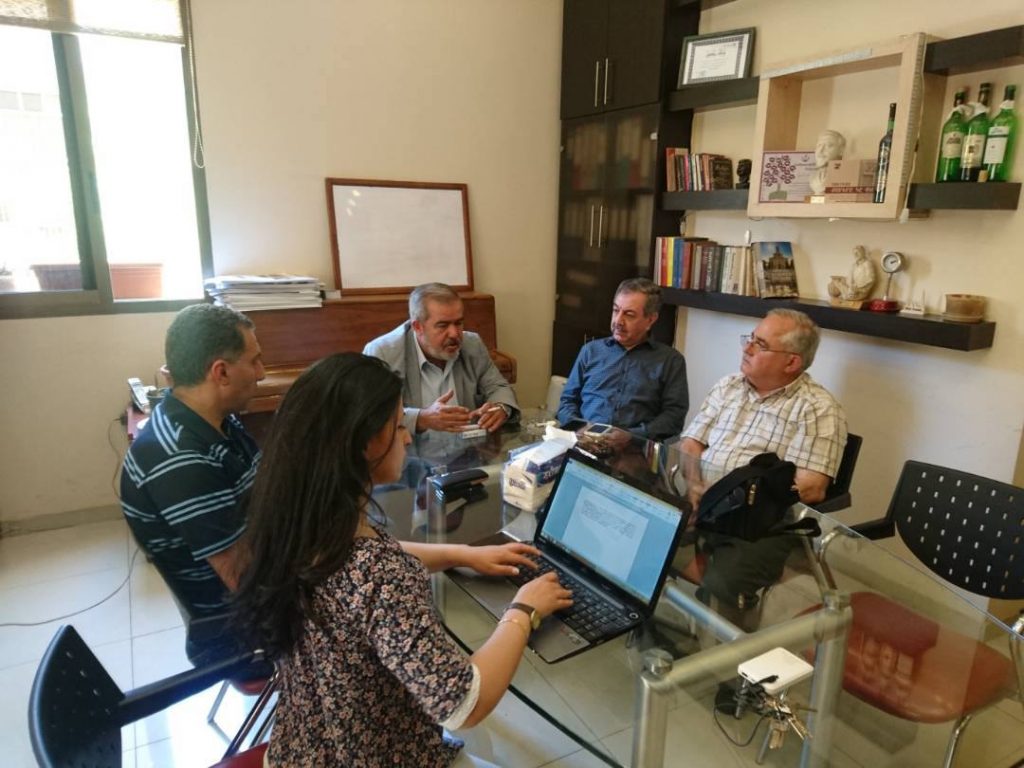 A scene from the meeting (Photo: Kantsasar)

“The Armenian community of Syria succeeded through its attitude, behavior, and by serving as a model Syrian citizen as well as a patriotic Armenian,” Markarian during the June 8 meeting. Markarian provided details about the ARF-D’s Syrian Armenian Committee for Urgent Relief and Rehabilitation, which was formed in the beginning of the Syrian Civil War and explained that over the past seven years, the organization worked tirelessly to assist the Armenians of Syria.

Markarian stressed that the plight of the Syrian-Armenians should not only be a concern for the Syrian-Armenian community, but also for all Armenians around the world. According to Markarian, it is with that in mind that the ARF-D decided to include the problem within the top of its agenda.

“We’ve always tried to provide our greatest support to the Syrian-Armenian community and today we will lead the efforts towards recovery,” said Markarian. “The damage in Aleppo is so severe that it requires international attention and effort to rebuild the city.” According to Markarian, the ARF-D had anticipated that the civil war would not end quick and acted accordingly.

Markarian assured that although the situation in Syria is still unstable, the ARF-D and the global Armenian community are standing in solidarity with Syrian-Armenians and are ready to provide help when needed. He also said that he believed that the conflict could come to an end soon if the international community wanted chose to act.

“Just like how we have been working actively for assistance and have been by your side for the last seven years, we will continue to do that,” said Markarian. “Although the priority is given to Syrian-Armenians that are still living in Syria, we will not remain indifferent to the many Syrian-Armenian refugees that are living around the world in difficult circumstances… We will stay by your side until the end,” concluded Markarian.

The representatives of the various organizations represented praised the ARF-D for its work and Markarian for his visit during a challenging time.