(arka.am) YEREVAN. The government of Armenia is changing the procedure for granting subsidies to communities, Territorial Administration and Development Minister David Lokyan told journalists on Tuesday. According to him, beginning from 2018 the communities will have to substantiate why they need government subsidies and to back its provision by their own investments. “Today, the communities have low motivation to raise the tax collection rate and to attract investments, and their capital expenditures do not exceed 5% of their total spending,’ Lokyan said. 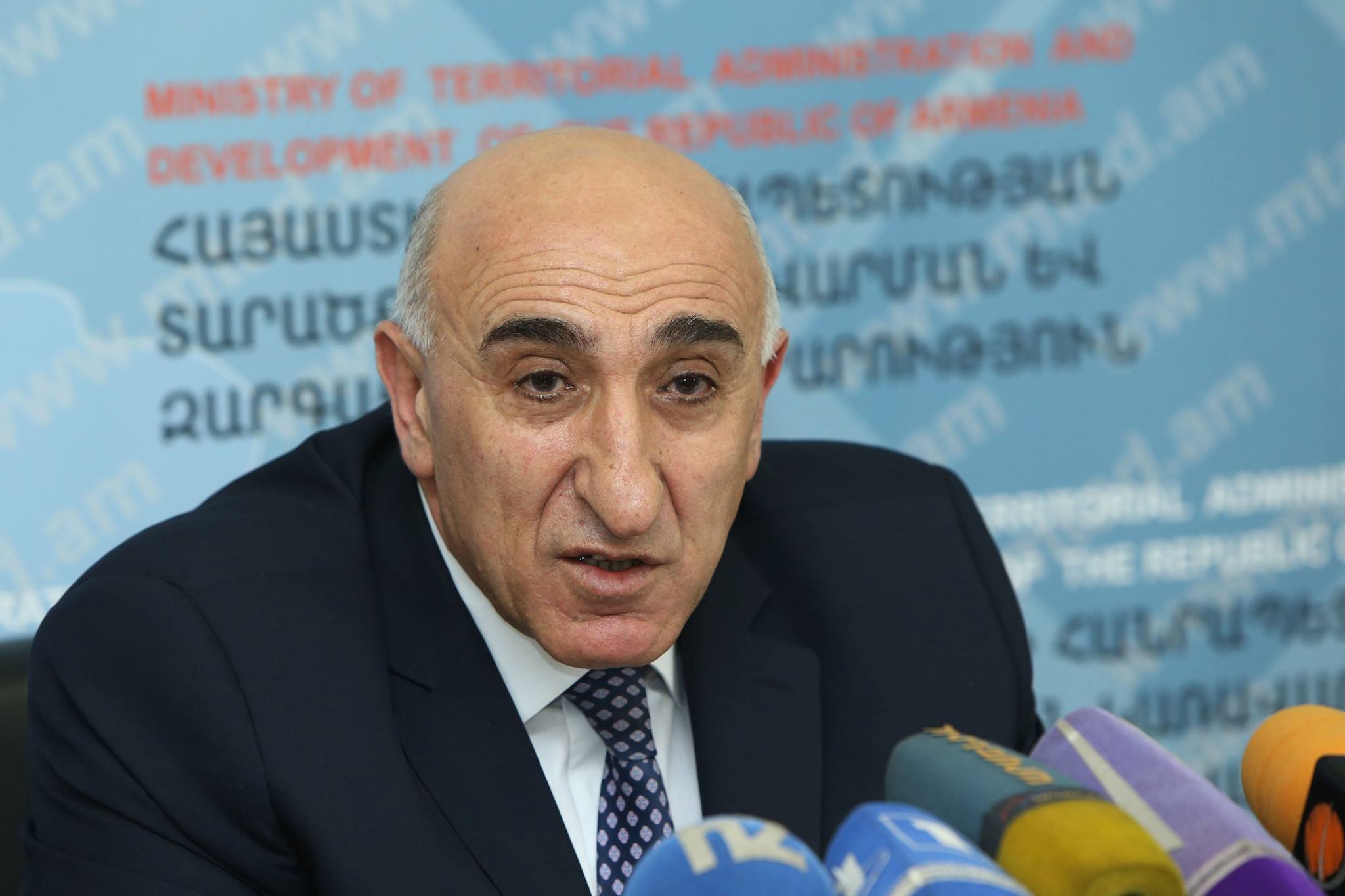 In particular, if the community spends its budget on capital expenditures, the government is ready to double it. To this end, according to the minister, community representatives must submit programs for the government’s consideration and co-financing. As Lokyan explained, if a community plans to asphalt a community road, it should invest its own funds too, present feasibility calculations and economic benefits of the project, and then apply for subsidies.

In his words, this procedure will motivate communities to carry out more productive activities and increase the economic effect of capital investments. He added that the government is ready to provide 5-7 billion drams for these purposes. He said the communities are already active in collecting taxes and duties; in particular, in the first nine months of 2017 tax collection rate grew by 9.4% or 2.2 billion drams. By the end of the year they it is expected to grow by 3.5 billion drams compared to 2016.

He noted that five communities that will ensure high rates of tax collection, implementation of programs and meet other criteria will receive from the government a grant of 200 million drams each for further development. ($1 – 478.95 drams).