(tert.am) Armenia’s role may be great in giving the world objective information about Iran thereby raising the country’s international image, according to an Iranian-Armenian lawmaker. 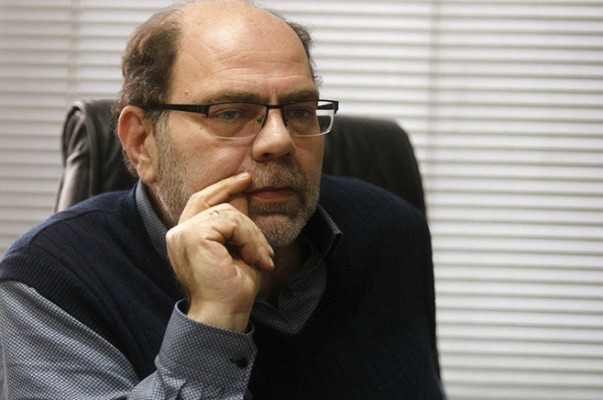 In an interview with Tert.am, Karen Khanlarian highlighted especially the significance of Foreign Minister Mohammad Javad Zarif’s recent visit, which he said was absolutely timely after Iran’s victory against the Islamic State (IS, ISIS, ISIL or Daesh).

“The visit aimed to kind of reinforce and renew the earlier agreements. I believe the timing of the meeting[s] was important in the context of the regional developments, and it was absolutely to the point in the face of Iran’s move to crush Daesh. It opens a new chapter in terms of political balancing processes,” he said, considering the visit also a special kind of message.

“The Islamic Republic was among the key targets of ISIS, and over the past years, Armenia has been a reliable neighbor for Iran. The two countries managed to even unite their efforts in the fight against terrorism. And now that ISIS no longer exists, I think that we are facing a new political situation,” he added.

Asked whether the recently signed EU-Armenia agreement might be of interest to the country Khanlarian did not rule out a possible cooperation also in that context.

“The visit of a great number of businessmen with the [ministerial] delegation testifies to the fact that Iran is interested to know whether Armenia can build a bridge with the European Union.

“We know that Armenia is largely in the Eurasian Economic Union’s domain. That fact itself is of interest to Iran. Also, Iran has an interest to developing cooperation with Russia as that is a mutual perspective,” he said.

“Armenia’s move to sign an agreement with the European Union is an important step although it doesn’t absolutely imply that Armenia is directly becoming an EU partner. Nevertheless, the initial steps are being made to make Armenia a key partner of the EU, which secures good opportunities also for Iran.”

Khanlarian also appreciated the bilateral efforts in creating a free trade zone in Armenia’s Syunik region. “Considerable work has been carried out as the two countries – both Iran and Armenia – are interested in bringing it to life.

“I find we should expect serious achievements in the near future,” he said, highlighting further the existing great potential of developing energy cooperation.

“Also very serious intentions in the sphere of hydro policies are visible as the two countries consider building an energy station on the River Aras. I think that if implemented, they will contribute to stabilizing Armenia’s economy .”

“We will definitely see cooperation in that sphere in the near future. Serious discussions are also going on for increasing the gas exports from Iran to Armenia,” the lawmaker noted.

Meantime he admitted the existing problems in economic relations in the light of the unresolved Nagorno-Karabakh (Artsakh) conflict.

“Iran shares a considerably long common border with Armenia and the Nagorno-Karabakh Republic, where we see instability threats. So stability would be good also in this respect.

“And that implies specific steps. It will not be easy, of course, but I believe the status quo in the region and Iran’s victory over the IS will force Azerbaijan to back away from its militaristic polices, contributing to stability especially in the Transcaucasus region,” he said.

Asked to comment on the political dialogue, particularly Iran’s attitude to the plan for developing closer Armenian-Israeli relations, Khanlarian ruled out any problems in that sphere.

“Iran may be a strategic ally for Armenia only in case of being powerful, as only a powerful Iran is able to be also a good ally.

“I think Armenia can revise the stance on its relations with Iran from that particular perspective. A historical and cultural past is not really enough, so the intention has to be considered also in the light of a new political status quo,” he said, stressing further the importance of overcoming Iran’s current isolation.

“Armenia may really have a big role in representing Iran’s true image to the world and demonstrating the degree of Iran’s trustworthiness in diplomatic circles,” he added.