The Council of the Socialist International met on 24-25 November in Barcelona, hosted by its member party in Spain, the Spanish Socialist Workers’ Party, PSOE. Delegations from all continents, representing SI member parties and invited guests, gathered to discuss three main themes: Building the future with the left: democracy, equality and solidarity; Working for stability and peace in a world of multiple conflicts; and Promoting human responses to humanitarian crises. 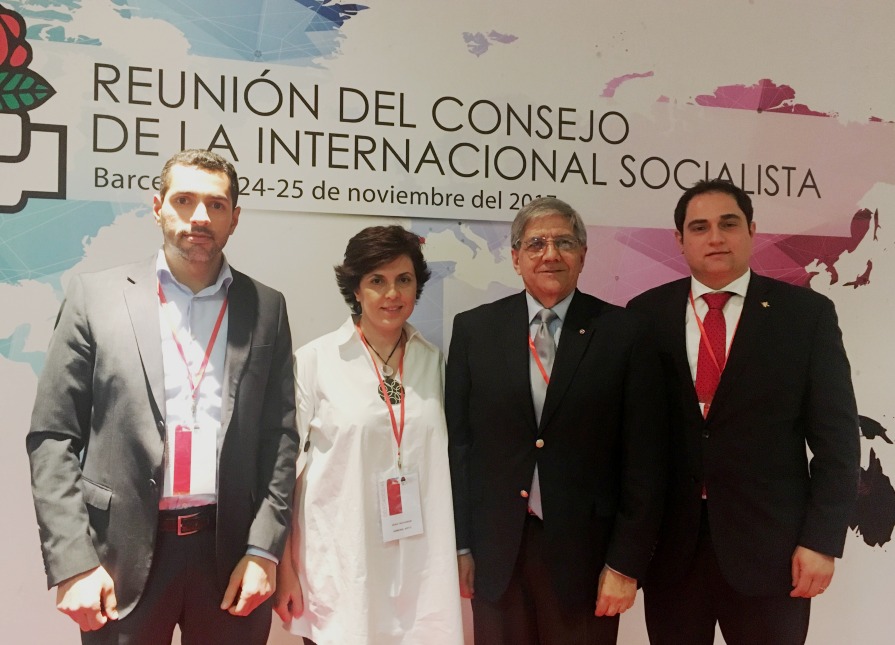 Prior to the Council a session of the Presidium was convened where Mario Nalpatian in his capacity as one of SI Vice Presidents had taken part.

At the Council, Nalpatian spoke about the Armenia-EU Comprehensive and Enhanced Partnership Agreement (CEPA) naming it a historic step. Nalpatian reaffirmed both the rightfulness of the Armenians regarding the Artsakh conflict and the strengthening of the right of self-determination of the people of Artsakh.

The SI Council adopted a series of resolutions including one about the Kurdish people with references to the issues Kurds face in Iran, Iraq and Syria. The resolution urges Turkey’s government to return to the process of finding a peaceful solution to the Kurdish question with the Kurdish representatives and to release political prisoners and journalists. Lastly, with this resolution the SI supports the reactivation of the SI Committee on the Kurdish Question.

On November 21-22, Vera Yacoubian took part in the SIW Council meeting where the issue of “Democracy in crisis, rise of populism: where do women’s rights fit in?” was elaborated. Yacoubian presented the reasoning of and the discussions around the draft law of the National Assembly of Armenia on the prevention of domestic violence. Yacoubian argued that the adoption of the law will provide the possibility to protect women’s rights and prevent violence against women and children. Armenian women have the ability to contribute to the social, economic and political life of their country but they lack the opportunities to do so, said the ARF-D representative. “In a society, respect of women’s rights constitutes the foundation for establishing democratic principles” Yacoubian stated.

During the sessions the ARF-D representatives held meetings with numerous delegations.

The Socialist International is the worldwide organization of social democratic, socialist and labor parties. It currently brings together 150 political parties and organizations from almost 130 countries.