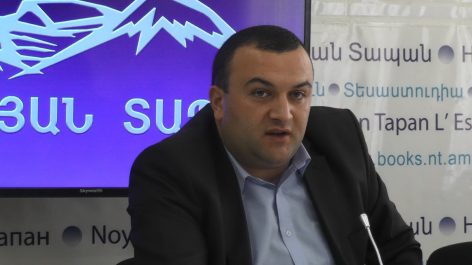 (a1plus.am) Jobs are needed to prevent emigration from the Baghanis community of Tavush region, said Narek Sahakyan, Baghanis community leader today. The latter also stressed that the state should give special status to frontier communities, assisting benefits, compensating tuition fees at universities, and so on. In 2018 a new kindergarten will be opened in the community, mushroom greenhouse production as well, where about 40 people will be employed, and the product will also be exported. With the sponsorship of an individual benefactor tasting restaurant and tasting point will be built for tasting homemade vodka, where 10-15 people will work.

According to the community leader, the tasting point of homemade vodka will become a connecting link between the farmer and the consumer. “The villagers make vodka, but they do not know the way to sell, there is a problem with the Internet, and so on.”

The head of the community said that they did not have harvest problem at the border, and that year was more peaceful than 2015-2016. “I think that this year was a successful one, a number of problems were solved in Baghanis,” said Narek Sahakyan.