(arka.am) YEREVAN. Nature reserves in Armenia will be equipped with off-road vehicles and drones, nature protection minister Artsvik Minasyan (ARF-D) said at a press conference on Monday, describing wildfires that broke out last August in the Vayots Dzor province and the Khosrov Forest State Reserve southeast of Yerevan, following weeks of unusually high temperatures, as the most terrible disasters of the outgoing year. 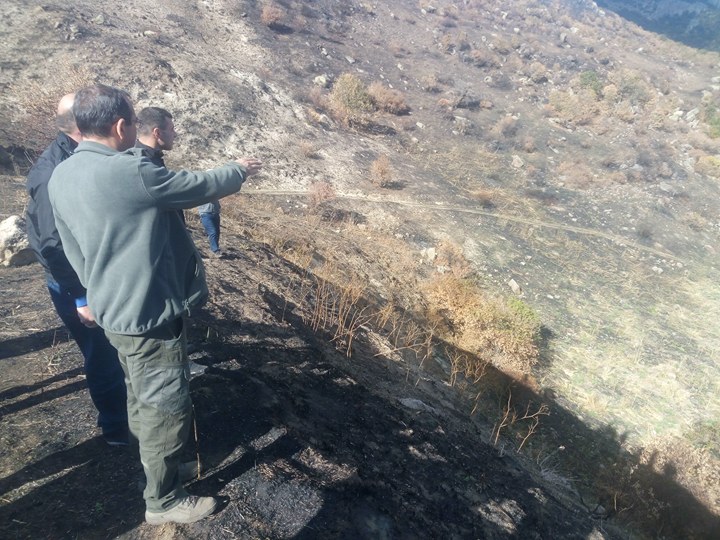 The Khosrov blaze was the most serious. Armenian authorities had to ask Russian peers to send a heavy water-dropping aircraft to extinguish the blaze.

“There were practically no specially protected areas or forests that had not been affected by fires,’ he said stressing that the problem of wildfires becomes pressing for Armenia, especially in the context of global climate change, making his ministry develop a number of steps to equip and improve the skills of reserve staff.

Minasyan said in 2018, all specially protected areas will be equipped with modern technical equipment, rapid reaction vehicles, signaling equipment based on new technologies, which will also help in the fight against poaching. The minister noted that funds had been placed already on the ministry’s off-budget account for the purchase of high-speed SUVs.

He said the ministry plans to acquire at least 4-5 high-quality SUVs next year which should be able to transport people or firefighting equipment if necessary across mountainous terrains.

The ministry plans also to buy vehicles and equipment that can move quickly and carry out observations of the terrain, including drones, as well as special signaling systems that will transmit information to the relevant structures for more rapid control and response. The next step, he said, will be increasing the availability of this kind of information online.

As the minister noted, the implementation of the program will require serious financial investments, and the ministry has already turned to international partners to attract grant resources. He said funds had been provided already by the Caucasian Nature Fund and grants are expected to come also from the Green Climate Fund and the Global Environment Facility.

‘Most likely, next year we will be able to conclude one of the largest environmental programs in the field of biodiversity worth 21 million euros,” Minasyan said.