YEREVAN—The Armenian Revolutionary Federation has “neither a decidion nor an agenda to cooperate with [Robert] Kocharian, said the party’s Bureau chairman Hrant Markarian during an extensive interview with Azatutyun.am when asked whether the party will cooperate with Armenia’s former president, if he enters the political limelight in Armenia. 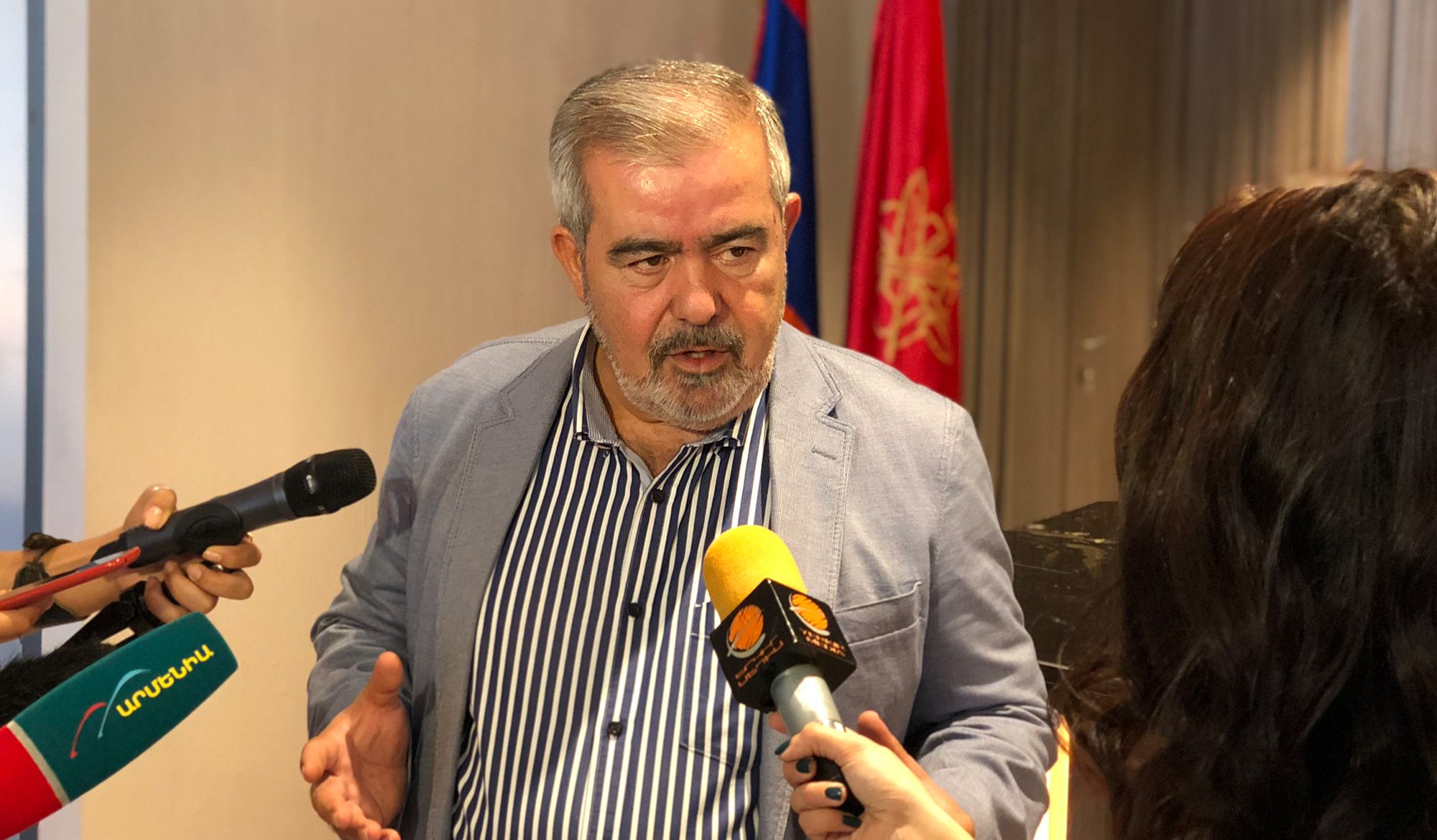 Below is an English translation of the interview, a video of which is also provided.

Azatutyun: There’s talk that Robert Kocharian is thinking about actively returning to the political stage. Is the ARF considering cooperating with Kocharian?

Hrant Markarian: We are considering cooperation with all forces.

Azatutyun: Evidently you are not ruling out cooperation with Kocharian and are you willing to cooperate with him?

H.M.: What should I rule it out? I am neither willing nor am ruling it out.

Azatutyun: Has there been such a proposal?

Azatutyun: Are you thinking about making such a proposal to him?

Azatytyun: Are you expecting that he will return to active political life?

Azatutyun: Given the events of March 1, 2008, do you find it possible to cooperate with Robert Kocharian?

H.M.: I don’t have a personal assessment of the March 1 events. I know that the incident occurred. The blame for those 8-10 victims, regardless of who shot at them, lies with everyone: with Levon Ter-Petrossian and also Robert’s [Kocharian]. It doesn’t matter who opened fire. What matters is who created that situation. At that time we warned both the [Ter-Petrosian-led] and Robert Kocharian not go down that dangerous path but they didn’t listen to us … They deliberately opted for that and got what they got.”

In discussing Kocharian being charged with breaching the constitutional order in Armenia, Markarian said: “It is unbecoming of our country to denigrate the institution of the president.”

H.M.: It doesn’t matter to me whether Kocharian can defend himself or not, nor do I get any benefit in defending him. I am defending the principle… The principle that the institution of the president must be respected in our country, even if we must pay a price for that we must pay a price for it. In 1996, Levon Ter-Petrossian unleashed tanks onto the streets. If we are being objective, why aren’t we looking into that? I am not saying we should. I am saying we shouldn’t jumble the past in such a way that it poses a danger to life today and tomorrow.

Azatutyun: Mr. Markarian, 10 years ago some bloody events took place in Armenia and no one has been called to accountability for it.

H.M.: I am not opposed to investigating, but that investigation must be such that it inspires trust, regardless of its outcome.

Azatutyun: Shouldn’t the president at the time be questioned?

Azatutyun brought of Prime Minister Nikol Pashinyan’s comments in Tavush where he said the ARF was free to decide whether to remain part of Armenia’s current government after the party issued an announcement warning that Kocharian’s arrest “can be interpreted as political persecution.”

Pashinyan said last weekend: “I want to make clear that there is no [governing] coalition in Armenia. That’s a misunderstanding. We tried to form a government of national accord. Whoever feels left out… We are not holding anyone captive.”

H.M.: Nikol Pashinyan is right. He can’t force us to stay. We can leave whenever we want. He is right. But there’s another thing: he’s the one who invited us to join the national [accord] government. We didn’t push our way there. He invited us and we accepted his invitation.

Azatutyun: Is the ARF getting ready to leave the government?

Azatutyun: Are you saying that you have asked to meet and he has declined to meet with you?

H.M.: They haven’t declined, they also haven’t accepted. But this how this government is: an embodiment of disarray.