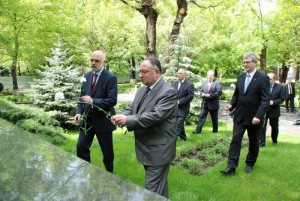 On May 12 the Head of the Polish-Armenian Parliamentary Friendship Group of the Republic of Poland led by the Senator Lukasz Abgarowicz arrived in Armenia on a three-day official visit.