Vahan Hovhanessian, leader of the ARF-D Parliamentary Faction comments on the visit of Mevlut Cavusoglu, the president of the Parliamentary Assembly of the Council of Europe (PACE) to Armenia 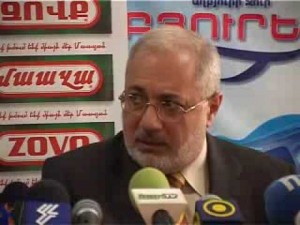 “Cavusoglu came and went and now let’s try to evaluate what happened. As you know, we declined to meet with him and our position and substantiation in that matter is clear to all of you. There is no need to repeat them. However, many political powers…from pro-government to the opposition decided that they had to meet with him,” Vahan Hovhanesyan, leader of the ARF-D Parliamentary Faction stated today during the announcements session at the National Assembly with regard to the visit of Mevlut Cavusoglu.

Mr. Hovhanesyan went on to say that while there were some exceptions, most of those meetings were detrimental for the Republic of Armenia. During meetings with pro-government representatives, the objectives of a possible PACE sub-commission to deal with the Karabakh were discussed. “…There was no talk that we are opposed to that sub-commission and that such a sub-commission within the Council of Europe would be a destructive thing,” Hovhanesyan stated. “And what did some opposition forces do? They went and started to complain to [Cavusoglu] about the Republic of Armenia…[Cavusoglu] proved that for us, he is not the president of the Council of Europe, that he is not the leader of an influential international organization… He came and said that we had to respect his decision [not to go to the Genocide Memorial] and then started giving lessons to the Republic of Armenia; he expressed hope that by 2012 we would turn the shameful pages of our history. He said nothing of their history. Under these conditions, I believe that we must come to some serious assumptions.”

The leader of the ARF-D Parliamentary Faction went on to say that Mevlut Cavusoglu’s visit to Armenia was scandalous. He stated that it would be a difficult process for Armenia’s delegation at PACE to take any steps to question the viability of Cavusoglu’s presidency there, however that at the minimum they must try and avoid the creation of a sub-commission dealing with the Karabakh issue. “You can see that with the help of our strategic partner Russia, Turkey is steadily and slowly trying to become part of the Minsk process. Our political leaders must make deductions from this reality.”

“This law can be a serious threat to the Armenian language,” Rusanne Arakelyan 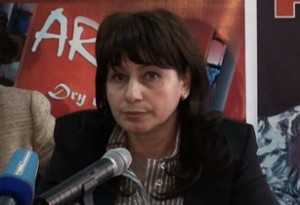 During the announcements session at the National Assembly, Rusanne Arakelyan, a member of the ARF-D Parliamentary Faction commented on the draft legislation currently on the floor about the re-opening of foreign language schools. Ms. Arakelyan stated that one of the accomplishments of independent Armenia was placing the Armenian language under the state’s protection, however its teaching in state schools is not at the expected levels.

“This new bill, which foresees creating foreign language schools, contains one danger – thrusting the Armenian language into a secondary position. After all, we already have a law regarding high schools, which allows students to choose their area of study. That can be instructed in a foreign language,” stated Rousanne Arakelyan.

According to the parliamentarian, it is important to have our role in geopolitical processes and in this regard knowledge of foreign languages is important, however not at the expense of the Armenian language. “We should have schools that specialize in foreign language, but to do that we simply need to make changes in the education system and not create foreign language schools, which can pose a serious threat to our national security,” she added. 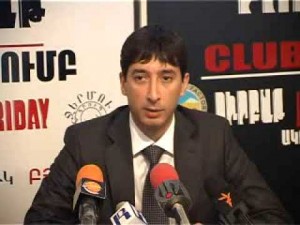 Ara Nranyan, a member of the ARF-D Parliamentary Faction announced that Turkey and Azerbaijan are calling into question the Republic of Armenia’s and the Armenian people’s rights to live on their historic lands. A glaring proof of this is Turkey’s current policy regarding Nakhijevan.

“It has already been announced that a rail line will be built toward Nakhijevan and there are serious foundations to assume that a Turkish brigade will be stationed there. During the beginning of the 90s Turkey put forth a similar plan which was faced with Russian opposition,” Nranyan stated and went on to say that such opposition does not exist today on the part of Russia.

“Our passiveness and calm in this issue is amazing to me. It is amazing not only because Nakhijevan is a historic Armenian province, which due to fate has found itself within the borders of our neighboring state and about which and for whom we should conduct activities to return it to Armenia, but for the reason that we forget the concept of the existence of territories of vital strategic importance. Nakhijevan is one of those territories and the stationing of a Turkish brigade in Nakhijevan means having a Turkish brigade not only in the west but also in the south. This is a serious danger to Karabakh’s security,” Nranyan said.