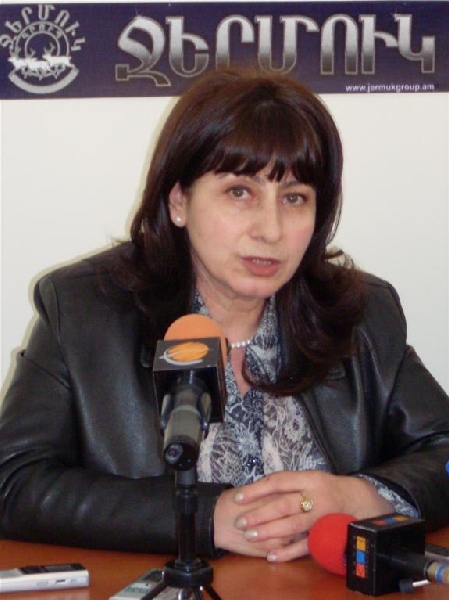 Rusanne Arakelyan, a member of the ARF-D parliamentary faction has submitted a draft law to the National Assembly, which calls for amendments to the law about education, postgraduate education and undergraduate education.

During a meeting with journalists, Ms. Arakelyan stated that her proposed draft law has received a positive opinion from the government, the corresponding parliamentary committee and was included on the National Assembly’s four-day agenda.

Rusanne Arakelyan’s bill proposes that education be free-of-charge for those students who have lived for ten consecutive years in mountainous regions and in border towns. According to Arakelyan, only those students who acquire a high score on their entrance exams will be allowed to study for free.

Those students from mountainous regions and/or border towns who qualify for free university education must sign an agreement that they will return to their towns and villages following graduation and work there for a minimum of five years. In cases where they do not adhere to this stipulation, they will be asked to pay the full tuition of their university education back to the state.
According to Ms. Arakelyan, migration from mountainous regions and border towns is serving as an impediment to higher education. The parliamentarian believes that this draft law can help to mitigate the problems associated with migration and can also resolve employment issues in these regions.
As a result of a personal study, Rusanne Arakelyan has found that there is a deficit of professionals in these regions; there is a dire need primarily for teachers and doctors.