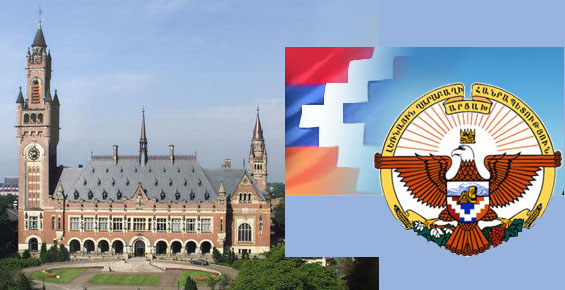 The political forces of the Mountainous (Nagorno) Karabagh Republic (MKR) National Assembly – The Motherland, Democracy and ARF Dashnaktsutyun factions – came forth with a statement on the International Court of Justice (ICJ) advisory opinion on the question of the Accordance with international law of the unilateral declaration of independence in respect of Kosovo, which reads in part:

“Based on the main principles of international law and the requirements of the USSR legislation, on December 10, 1991, the people of the Mountainous Karabakh Republic declared independence through a referendum.

“In the course of the past twenty years the Mountainous Karabakh Republic has been preventing the military attacks of Azerbaijan, has achieved the conclusion of the ceasefire agreement and has established itself as a full-fledged democratic state. Our people aspire for the international recognition of independence.

“On July 22 the International Court of Justice confirmed that the right of people to self-determination and its implementation do not violate any principle of general international law, including the principle of territorial integrity.”

The statement notes also that the political forces reconfirm the willingness of the people of Artsakh to solve the existing issues through peaceful negotiations based on international law.

“Irrespective of recognition of independence of Kosovo, Mountainous Karabakh will continue working towards international recognition of the Artsakh Republic,” MKR President Bako Sahakyan told reporters in Stepanakert. The President assessed the decision of the Hague Court as an important event that creates a new political situation.

In response to the question about the policy Armenia pursues in the negotiation process, Bako Sahakyan said: “The policy Armenia implements is obviously constructive and contributes to the settlement of the Karabakh issue. The Armenian President does not pursue a radical policy, a fact welcomed by both us and the international community.” “In response to that Azerbaijan takes steps to fail the negotiation process,” he added.

The Karabakhi side is doing its best to contribute to the effective activity of the OSCE Minsk Group. However, according to President Sahakyan, the Minsk Group fails to achieve better results because MKR does not participate in the talks. “The Co-Chairs have also come to understand that the solution is impossible without the participation of Armenia, Azerbaijan and Karabakh,” he stated.

According to the MKR President, the position of Artsakh has not changed over years. “The independence and security of Artsakh cannot be subject to any bargain,” he said.

As to the recognition of MKR by the Republic of Armenia, Bako Sahakyan said “this recognition should not be an end in itself. It’s a process that should have proper grounds. Sure, the Artsakh Republic is most interested in this, but it cannot ignore the fact that Armenia has certain commitments before the international community.”

MKR Foreign Ministry: Artsakh people’s right to decide own fate will be recognized by international community

“The Court’s opinion is very important both from political and moral viewpoint, as a precedent its significance is not to be limited by the Kosovo instance. Having fulfilled its right to form an independent state, the people of Artsakh had to resist Azerbaijani military aggression, leaving thousands of victims and refugees. These actions have yet to be assessed by international community,” the statement emphasized.

“In the conditions of confronting the aggressive policy of Azerbaijan, the Artsakh people continues building a civil and democratic state, which has become a component of the regional security system in the South Caucasus.

“The right of the Artsakh people to build and possess its own state and to be the master of its own fate, will be, surely, recognized by the international community, as it was realized in full accordance with the basic principles of international law, is just and is achieved through much suffering,” the statement concluded.