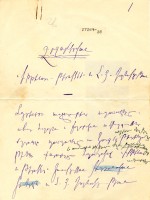 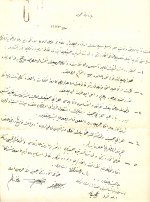 This document, along with 40 others related to the constitutional movement, are published recently in “Niuter Hay Heghapokhagan Dashnaktsutyun Badmutian Hamar” (Documents for the ARF History), Volume VI, in Beirut Lebanon. This volume contains also 18 documents concerning the Adana massacres.