In an interview with the daily Aravot on August 6, Ara Nranyan a member of the ARF-D faction in the Armenian parliament said, “The leadership of the South Caucasus Railways (SCR) and Russian Railways has close ties to Azerbaijan’s political elite.” According to the parliamentarian the SCR is pursuing the creation of a single transport system along the Turkey-Georgia-Azerbaijan-Kazakhstan axis that would connect the Turkic states of Europe to Central Asia. “They [SCR] try to persuade Armenia to participate in this project – that is to make the country [Armenia] a connecting link between the Turkic state of Europe and Asia to serve their interests,” Nranyan stated. “I think this is the reason, the South Caucasus Railways attaches major significance to the opening of the Armenian-Turkish border and, in fact, encourages the resolution of the Karabakh issue not to Armenia’s benefit, as their strategy involves restoration of the Kars-Gyumri-Nakhchivan-Meghri-Baku railway. This can happen when the Armenian-Turkish border is open only after the Turkish preconditions are satisfied. Meanwhile, the Nakhchivan-Meghri passage will be connected with Baku only in case the southern regions of Nagorno-Karabakh are controlled by Azerbaijan.”

Responding to Nranyan’s comments Vahe Davtyan, the press secretary for the South Caucasus Railways issued a statement the following day. He said that SCR is a national carrier and the allegations that the company is cooperating with Azerbaijan are absurd, www.tert.am reported. “SCR is a business entity not dealing with political issues. The Republic of Armenia has its diplomatic corps and relevant experts who are engaged in these problems, whereas SCR is ready to cooperate with the neighbors only after a political decision is made. We do not have any intention to take steps by ourselves,” Davtyan said. He also added that 97% of SCR staff are Armenian citizens and naturally cannot cooperate with Azerbaijan.
However, with regard to the Russian Railways, the SCR press secretary admitted that the company could have close ties with the political elite in Azerbaijan. “At present, Azerbaijan is considered Russia’s partner… they are cooperating in transport and energy sectors. The Russian Gazprom Company (represented in Armenia by Armgazprom) is also cooperating with the Azerbaijani leadership in different spheres,” he stated.

The political climate in the country

During a press conference at Urbat Club, on August 7, ARF-D Bureau member and leader of the ARF-D Parliamentary Faction Vahan Hovhanesyan spoke about pre-election activity anticipated for the autumn and the Karabakh conflict. “This summer all the political powers are preparing for the coming months,” Hovhanessyan noted. “In the fall the new session of parliament begins, political processes intensify, and our delegations in international structures restart their work.”
Preparing for elections

According to Hovhannesyan all the political powers in the country are preparing for the upcoming parliamentary elections slated for 2012. “Some [political powers] are mobilizing their organizational capacity, others money and others are trying to incorporate new faces who they hope will bring them more votes,” he said. “We, on the other hand, are working with social and economic directives in mind because while elections are elections, there needs to be voters left in the country so that elections take place. We have to secure the basic minimum so that the voters will not only be able to survive in the homeland, but they will feel like true citizens in their homeland.”

When asked by reporters if there was a need for early elections, Vahan Hovhannesyan said, “The necessity arises when there is a prerequisite. I don’t see the prerequisite, but that doesn’t mean that it couldn’t happen. When a segment of society considers it necessary, they must demonstrate that they are the significant part so that society as a whole is ready to choose that direction. Today I don’t see them being able to demonstrate that.”

Preterm elections, according to the parliamentarian, is an acceptable undertaking and many countries choose to go that route; the danger is only in the way those elections are conducted. “The issue is correcting the quality of those elections about which we have prepared amendments to the electoral code, which I hope we will be sending, along with the Heritage Party parliamentary faction, to European institutions, for expert examination in order to streamline the electoral code,” Hovhannesyan said.

It is worrisome, according to Hovhannesyan, that it is only now becoming clear what the country’s authorities’ understanding of the Madrid Principles are, and upon which they have been conducting the negotiation process and from which they see concrete solutions. Hovhannesyan went on to say that Azerbaijan, at the same time, also sees solutions that can be reached via the Madrid Principles and therefore they are demanding that Armenian forces pull out of the liberated territories. “The divergence of views does not only stem from differences in position, but because when you don’t express your view precisely and completely, you leave room for your opponent to subject your statements to manipulation,” Hovhannesyan stated. “Our foreign affairs minister and different officials at the foreign ministry have always spoken with welcoming words about the activities of the Minsk Group and especially about the Madrid Principles. However, it is now becoming clear, that they have led us into a trap. What exactly were they pleased about? What did they have in mind by welcoming that [Madrid Principles]? Therefore they have not explained what they meant.” 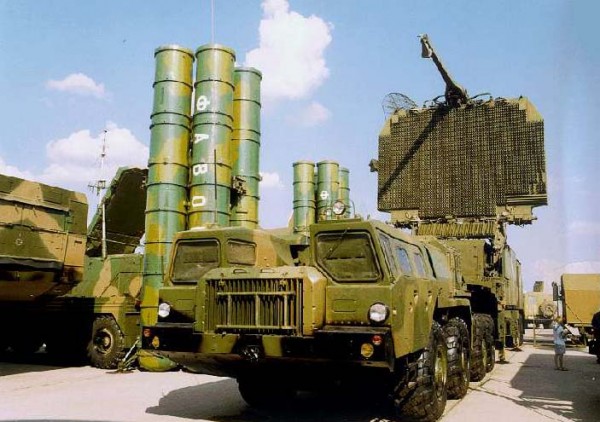 Vedomosti.ru, referring to sources in the Russian defense industry, spread information on Russia’s intention to supply two batteries of S-300PMU2 Favorit air-defense system to Azerbaijan. It was noted that the supply of the air-defense system is unlikely to change the balance of power between Armenia and Azerbaijan, as neither has modern striking aviation or ballistic missiles the S-300PMU2 Favorit systems are intended for. Baku must be securing itself against any aggravation of the Iran-related situation, according to some circles.

We do not understand Russia’s policy on the South Caucasus, though it is justified from Moscow’s viewpoint, Giro Manoyan, head of the International Secretariat of Armenian Revolutionary Federation-Dashnaktsutyun, told NEWS.am on August 5. He also added that Russia refers to the fact that S-300 is considered defensive weapon.

“Russia will sell S-300 to Azerbaijan but there is no agreement signed between Armenia and Russia banning it,” Manoyan stated. Manoyan does not think that Armenia should revise its attitude towards its strategic ally. Russia has not violated its commitments to Armenia despite concerns, the ARF-D representative said.

There will be no war with Azerbaijan in the near future, Giro Manoyan told NEWS.am.

“Azerbaijan would allow itself to unleashing war in two cases: if it feels confident of winning the war, or if Armenia and Turkey normalize relations, ‘without taking into account Azerbaijan’s interests’,” he said. According to him, the second scenario will be considered as force-majeure and, doing so, Baku will try to change the situation. The head of the ARF-Dashnaktsutyun international secretariat considers that at present neither of the scenarios is feasible.

Asked about the recent warlike statements voiced by the Azerbaijani authorities, the increasing purchase of weapons, in particular two batteries of S-300PMU2 Favorit air-defense system, ban on leaving the country imposed against males aged 18-45, as well as other factors testifying to neighbors’ intention to unleash war, the ARF-D representative noted that all these factors are intended for domestic policy.

“They are trying to hint that something serious might happen and the incumbent government should not be changed. They are just trying to retain power,” Giro Manoyan stated.

“Independent of the issue of U.S.-Azerbaijan relations, Cohen, in general is displeased that the American-Armenian community is so organized,” Giro Manoyan said during an interview with www.panorama.am on August 7. Manoyan who is the director of the international secretariat of the ARF-D said this in reference to an announcement made by Ariel Cohen, a senior research fellow in Russian and Eurasian Studies and International Energy Policy at the Heritage Foundation.

Cohen made these statements with regard to the delay in the appointment of a U.S. ambassador to Azerbaijan: “The Armenian Diaspora’s current stance can seriously harm the American administration’s policies in the South Caucasus…The fact that the ambassadorial position is vacant will result in cooling of American-Azerbaijani relations.”

“The United States has not had an ambassador in Baku for eight months prior to Bryza’s confirmation hearings and that is not the responsibility or fault of the Armenian-American community. Therefore, U.S.-Azerbaijan relations weren’t that promising to begin with. The Armenian-American community’s approach is that Bryza will not be able to defend American interests in Baku, because he has a conflict of interest, especially with regard to his wife’s employer,” Manoyan commented.

Commenting on Cohen’s statement, “Henceforth whoever is confirmed in the position of ambassador will not be able to promote the development of U.S.-Azerbaijan relations,” Manoyan said, “He is expressing his opinion as an individual, and the Armenian-American community is expressing its opinion and apart from the Armenian community there are senators who have their own opinion regarding this issue.”

With regard to the appointment of a U.S. Ambassador to Ankara, Manoyan said that Francis Ricardo’s candidacy had not yet been confirmed by the U.S. Senate. He added, “U.S. neo-conservatives are concerned that previously Francis Joseph Ricardo was appointed ambassador to Cairo where he had encumbered the realization of his country’s policies at the time. It is for this very reason that there is concern that the same thing could take place in Turkey.”

“The director of the Armenian National Committee of America, Aram Hamparyan has said that this shows that concerned circles in the U.S. want to have a representative in Turkey who will protect U.S. interests and will not contribute to having the U.S. ignore human rights violations in that country, will promote their security policy in the region including with regard to the issue of the Genocide. It is necessary for those concerned circles to be more careful and send the proper representatives to those countries,” Manoyan said.

Manoyan doesn’t believe that the delay in confirming the designated ambassadors to both Turkey and Azerbaijan are related. “I think it is an interesting coincidence. The two countries where ambassadors need to be appointed have issues with Armenia. We are interested/concerned, that people be appointed as representatives of the United States of America, who in our outlook will facilitate/promote relations between those countries and Armenia,” he said.