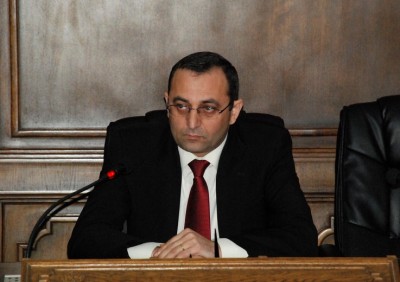 In studying the 2011 program of action of the Armenian State Commission for Protection of Economic Competition, one can see high market concentration, particularly 100% concentration in the sugar market. However, the Armenian Constitution and laws prohibit monopolies, Artsvik Minasyan, a member of the Armenian Revolutionary Federation-Dashnaksutyun (ARF-D) faction, stated in Parliament.

The aforesaid proves ineffectiveness of the economic protection system in Armenia. “If the Commission for Protection of Economic Competition is unable to improve the situation, why are they financed from the budget?” Minasyan asked. According to him, the current situation in the market proves Armenia’s economic structure does not ensure competition and has nothing in common with the real state of affairs.

“Even the Armenian Premier stated that monopolies and oligopolies have taken deep roots in the Armenian economy. So the Premier admits the Government’s impotence in battling the phenomena,” Minasyan said. In this case, the Government must resign, he said.

He also harshly criticized the Government’s steps to curb inflation. The MP stressed that preventive measures are more effective. Specifically, ensuring economic competition is the most effective method of curbing inflation. “Prices are rising, the Commission for Protection of Economic Competition is staging another show, saying: ‘Just see, we do fine defaulters’. But the situation is not changing at all,” Minasyan said.

Earlier in the day, the lawmakers representing the opposition Zharangutyun (Heritage) party demonstratively walked out of Armenia’s parliament, accusing President Serzh Sargsyan of seeking to illegally prolong his rule.

In a joint declaration signed on February 17, Sarkisian’s Republican Party (HHK) and the Prosperous Armenia and Orinats Yerkir parties pledged to campaign for the incumbent president’s reelection in 2013. The governing parties also made clear that they will not seek to change “correlation of forces within the Coalition” in parliamentary elections due in May 2012. They expressed confidence that they will have even more seats in Armenia’s next parliament.

The ruling coalition controls at least 100 seats in the current 131-member National Assembly. Critics say the coalition forces effectively committed themselves to predetermining the election outcome and further reducing opposition presence in the parliament at any cost.

Hovannisian echoed those claims, calling the coalition deal “unconstitutional” and saying that Sargsyan is keen to stay in power for seven more years. “The message to the Armenian society was that ‘L’Etat c’est moi’ — the state is me and nothing can be done against me,” he told the National Assembly.

“Unfortunately, the existing correlation of forces between the majority and the opposition doesn’t satisfy the [governing] party leaders, and they have set their sights on these few opposition seats. There is no need to rig another election. As the Holy Mass says … take it and eat it, this is your heritage,” Hovannisian said.

Vahan Hovhannesyan, leader of the parliamentary faction of the Armenian Revolutionary Federation-Dashnaktsutyun, agreed with Zharangutyun’s interpretation of the coalition deal.

Hrant Margaryan, chairman of the Dashnaktsutyun’s Bureau, said earlier that the coalition accord will have “extremely negative” consequences for the country.