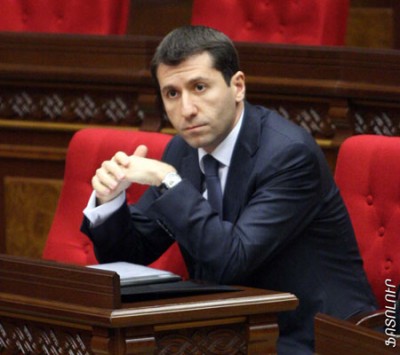 This resulted in a series of questions by the ARF-D parliamentary faction, who called into question Andreasyan’s qualifications and his commitment to protecting human rights in Armenia.

When ARF-D parliamentian Artsvik Minasyan asked Andreasyan whether he would join the party’s recently launched voter rights movement, the candidate responded that he would have to study the provisions and, even if he did not actively join, he pledged his cooperation.

At that point, ruling Republic Party parliament member Rafik Petrosyan quickly prompted him to reject the ARF-D’s proposal to become part of the voter rights movement.

The leader of the ARF-D faction, Vahan Hovhannesyan saw this as an effort by the ruling party to sway the ombudsman, whose role is to be an impartial mediator on issues, and said that the “tutoring” of the candidate has led his party’s bloc to vote against the candidacy.

Another ARF-D faction member, Lilit Galstyan said that the only merit that warranted Andreasyan’s candidacy by the ruling coalition parties was his close relations to President Serzh Sargsyan.

By a vote of 83 to 13 Andreasyan, a 33-year-old Candidate of Legal Sciences, dean at the Yerevan State University and a member of RA Chamber of Advocates’, as well as a former television host, was elected ombudsman and was sworn in soon thereafter.

Andreasyan replaces the often controversial Armen Harutiunian, who stepped resigned his post last month to serve as the representative of the UN’s Office of the High Commissioner for Human Rights to Central Asia.