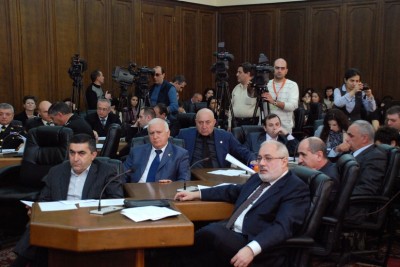 According to the Parliament Monitoring website, during the autumn session of the Armenian parliament, the author of most of the sixty proposals was the ARF-Dashnaktsutyun faction. 42 of these proposals had been drafted as bills, of which nine have been adopted as laws, one has been refused. Of the 32 remaining bills, the government has expressed a positive position regarding 11, while expressing a negative position on 17. During the Autumn session of the National Assembly, the ARF-Dashnaktsutyun faction has used the special rules of procedure twice, bringing to the National Assembly’s immediate consideration two issues. The first one proposed the creation of a monitoring ad hoc committee to oversee the implementation of the recommendations of the Parliamentary Temporary Commission on the March 1st events. The second issue was the questioning of the Ministry of Foreign Affairs on the details and procedures of the negotiotions and signing of the Armenia-Turkey protocols. Neither of the issues has received a positive resolution.

Parliamentary hearings on the disciplinary rule of the RA Armed Forces 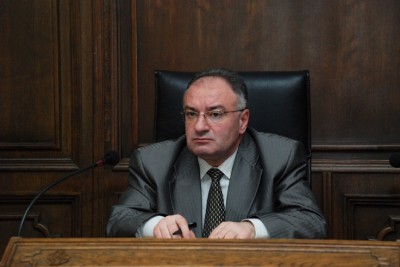 On March 10, the RA NA Standing Committee on Defense, National Security and Internal Affairs held parliamentary hearings on the draft law of the RA Law on the Disciplinary Rule of the RA Armed Forces. NA deputies, the representatives of the executive power, power structures, international and local NGOs, the Human Rights Defender/Ombudsman, and journalists participated.

Hrayr Karapetyan, ARF-D parliamentarian and Chairman of the RA NA Standing Committee on Defense, National Security and Internal Affairs, in his speech considered the draft law under debate important and mentioned that now the RA AF disciplinary relations had been regulated by a decision made by the Government in 1996, which did not correspond to the RA Constitution and the RA Law on Legal Acts.

The Chairman of the Committee said that the bill had been sent to international experts and the OSCE Yerevan Office supported the Committee by gathering experts’ opinion on the bill.

The chairman of the Committee Hrayr Karapetyan expressed his gratitude to the participants for the engaging debates and assured that all realistic and valuable proposals would be included in the bill.

Meetings with the PACE Co-Rapporteurs on Armenia

On March 16 the Co-Rapporteurs of the Monitoring Committee of the Parliamentary Assembly of the Council of Europe (PACE) Lord John Prescott and Alex Fischer met the members of the delegation of the National Assembly in PACE.

ARF-D faction member Armen Rustamyan (Chairman of the NA Standing Committee on Foreign Affairs) informed the guests about the amendments of the Electoral Code jointly prepared by both opposition parties in the parliament, namely the ARF-Dashnaktsutyun and the Heritage parties.

Rustamyan also presented the ARF-D faction’s proposals for amendments of the law on conducting public assemblies, to prevent banning such assemblies arbitrarily or using technical excuses.

Armen Rustamyan, expressing the ARF-D faction’s position, said regarding the March 1-2, 2008 events there is need of new discussions in order to clarify the circumstances of the death of the 10 victims and noted that there are persons still imprisoned for their participation in the said events, even after the pardon.

On March 17, ARF-D faction member Artyush Shahbazyan participated in the Co-Rapporteurs’ meeting with the NA Standing Committee on State and Legal Affairs. Shahbazyan pointed out that while the parliamentary elections are approaching (May 2012), there are still a large number of unresolved issues. He informed the Co-Rapporteurs that the ARF-D faction has attached its reservation to the report of the Parliamentary Temporary Commission on the March 1st events, regarding the illegitimate and disproportionate use of force by the police and the undisclosed circumstances of the ten victims of those events.

Lilit Galstyan of the ARF-D faction participated in the Co-Rapporteurs’ meeting with the NA Standing Committee on Science, Education, Culture, Youth and Sport. Galstyan pointed out that although the amendments to the Law on TV and Radio were adopted months ago thaus makin the law more acceptable than before, there still are grounds for concern. She informed the Co-Rapporteurs that the ARF-D faction had proposed around 40 amendments, and since the majority of those were not accepted by the committee, the faction voted against the package. Now, in the new working group, the ARF-D has proposed 60 amendments.

Meeting with the OSCE Chairperson-in-Office 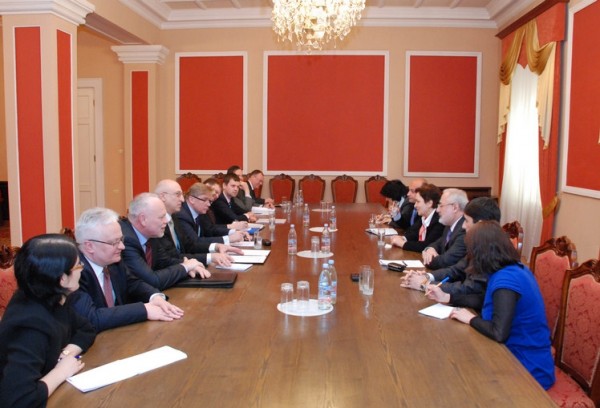 On March 18, Audronius Ažubalis, the OSCE Chairperson-in-Office and Lithuanian Foreign Minister, who is on a working visit of the region, met with the representatives of parliamentary opposition factions, namely the ARF-Dashnaktsutyun and the Heritage party.
During the meeting the sides discussed the Mountainous Karabakh conflict settlement negotiations, as well as issues related to electoral processes.

ARF-D parliamentary faction leader Vahan Hovhannisyan presented the ARF-D views on the settlement of the Mountainous Karabakh conflict. In that context, he assessed the inadequate response of the OSCE to Azerbaijan’s militaristic and aggressive statements, which are being made every day. Hovhannesyan expressed the party’s disagreement with the position of international organizations, including the OSCE, which in their criticism of violations of the cease-fire do not name the culprit and put both parties on the same platform in a misguided approach of parity.

In response to the OSCE CiO’s information that during his tour of the CIS countries, he has visited protracted conflict zones, including Moldova and Transnistria, Vahan Hovhannisyan inquired the reasons that the CiO is not going to the Mountainous Karabakh Republic.

The ARF-D parliamentary leader informed Mr. Ažubalis of the electoral code amendments put forth jointly by the ARF-D and Heritage factions. Hovhannesyan noted that one of the most important proposals refers to the post-election situation. He noted that the distrust of society in the electoral system has always created unstable post-election situation in Armenia. He stressed, that the public availability of the names of those who voted would help society have more confidence, because that would readily bring to light the names of those in whose absence from the country others have voted.

Other issues of mutual interest were also discussed in the meeting.