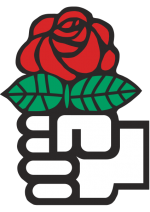 The Presidium of the Socialist International is today gathered in Athens, in the foothills of the Acropolis, at a crucial moment for democrats and the Arab world, where citizens have been mobilising for democracy, rights and freedoms. From Greece, the cradle of democracy and the land that gave us this term, we stand alongside those who are driving these historic changes across northern Africa and the Middle East.

As a global movement which has democracy at its core, we are greatly encouraged by these developments. At this crucial moment, we have addressed alongside leaders from the region ways to deepen our support for them and the people from all walks of life who are uniting behind this common cause.

We express our unambiguous solidarity to those engaged in the struggle for democracy, not just at this moment in northern Africa and the Middle East, but also to those who defend democracy at every moment, in other parts of the world. Our International has a significant history of contributions to previous democratic struggles; in southern Europe in the 70s, South America and the Caribbean in the 80s, and again in Central and Eastern Europe and Asia in the 90s, social democratic, labour and socialist parties of the Socialist International were actively engaged in the process of democratisation. It is vital that we use these experiences, supporting today’s democrats and recognising this moment which holds a similar significance for the Arab world.

This Arab Spring started with the revolution in Tunisia and gained powerful momentum with the inspiring events that swept Egypt. Citizens of Tunisia and citizens of Egypt made their voice heard and were able to push forward a democratic wave for change. These postmodern revolutions have the common characteristic that they were initiated by young men and women who transcended factional and social divides using the only weapons they had access to, modern technologies and social media. They managed in a very spontaneous way to make their claims known to the world, underlining the despair created by societies paralysed by corruption, nepotism and unjust concentration of wealth.

The success of the transition to democracy in Egypt and Tunisia is vitally important for the entire region and in particular for those who have encountered violence and repression in response to their demands. In Libya we see that the voice of the people was not heard by the regime, and a very dangerous situation is unfolding. We condemn all attacks on innocent civilians and support the implementation of necessary measures that can save human lives and promote a democratic outcome of the crisis. Extremely concerned with the violence against civilians in Yemen we express our full solidarity with the Yemeni Socialist Party. A clear, timely and effective transition to full democracy in Egypt, a key country in the region, would be crucial to the advancement of democracy across the wider region. In Tunisia we are equally committed to accompanying this process, supporting all democratic actors there, including the FDTL. In Morocco, we welcome positive developments, with an important constitutional reform under way backed by our member party the USFP. In this context we also reiterate our support for the absolute right of the Palestinian people to freedom, democracy and statehood.

The journey towards democracy in these countries is part of the continuation of an ongoing process of world democratisation, which has seen the number of countries under a democratic system rise steadily during the last twenty years. Our organisation is contributing to a democratic future in many countries around the world which have only recently made their own transitions and where the SI has parties in government. The challenge in many places is to develop democracy, to enshrine its principles in the institutions of the state and to ensure that it evolves and matures.

This process of making democratic governance successful has many characteristics, but among the most crucial are the principles of free and fair elections, the recognition of democratic election results, the accountability of those in power, equal opportunity to participate and the enjoyment and recognition of all fundamental freedoms and rights and a free media. But democracy is more than simply the holding of elections, it is the right to exercise a vote free of intimidation or fear, to participate in a transparent electoral process and to campaign and be heard as an opposition candidate. A democracy is defined by strong institutions, which act impartially, independently and to the benefit of all citizens.

The Presidium of the Socialist International, meeting in Athens on 19 March 2011, underlines the importance of the democratic cause to the identity of social democracy, and on this basis, our organisation stands ready to work with all democratic forces emerging today across the Arab world, which equally share our commitment to good governance, social justice, sustainability and peace.