Parliamentary Assembly of the Council of Europe

The honouring of obligations and commitments by Georgia 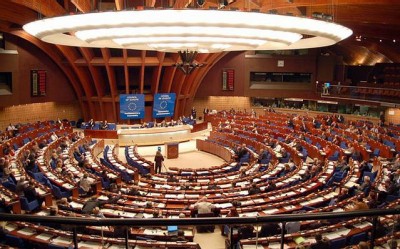 Armenia and Georgia have been nurturing for a long time a true and friendly relationship that befits neighbours.

The blockade imposed on Armenia by our two other neighbours, namely Turkey and Azerbaijan, limits us to a situation where we are obliged to manage our land communications with the world through the territories of Iran and Georgia.

So it is obvious that Armenia is very much concerned with maintaining the stability of our neighbour, Georgia.

While duly greeting the progress in different spheres achieved by the Georgian authorities, I would like to underline one very crucial problem that concerns Georgia and its minorities. Georgia is essentially the foremost multi-ethnic society in the Caucasus.

The question of ethnic minorities is particularly sensitive and requires putting in place a comprehensive set of measures in order to ameliorate the situation in Georgia.

Evidently there is a multitude of difficulties concerning this question.

Firstly, while joining the Council of Europe in 1999, Georgia undertook to ratify the European Charter for the Regional or Minority languages the latest in a year’s time. However, over ten years later, we see that Georgia has neither signed nor ratified the Charter. Yet, had it done so, I believe, Georgia would have helped to solve several problems, in particular, problems that are associated with integrating its minorities and incorporating them in the public sphere.

Moreover, at the time of its adhesion, Georgia undertook to adopt a general law pertaining to minorities. But until now there exists no law through which the members of a minority can exercise the rights and liberties that derive from the Framework Convention for the Protection of National Minorities.

One other important issue of concern is the question of religious tolerance and the status of religions in the country, other than the Georgian Orthodox Church, which by the way is protected both as a religion and as a public entity.

The absence of an appropriate legal status has created conflicts pertaining to Property Law. This concerns in general the Armenian Apostolic Churches, and in particular the case of the Norashen Church.

Another pending question that Georgian government has to attend is the issue of decentralization and strengthening of local autonomy, which was to aim genuine autonomy on municipal level. The Georgian government undertook to ensure the principle of full suffrage, and revise the size of the constituencies. The size of constituencies does differ immensely, and thus disturb the proper representation of minorities in the municipal councils.

Furthermore, I would like to remind that the registration of political parties who stand for the interests of the minorities, and their participation in the general elections is still prohibited by Georgian legislation.

To end up with a positive note, the government of Georgia has consented to put an end to the isolation of the minority communities concentrated in specific geographic areas, by taking measures to improve the existing infrastructure in these regions.

In any case the Georgian authorities ought to respond to the appeal of the national minorities, who do want integration but not assimilation.