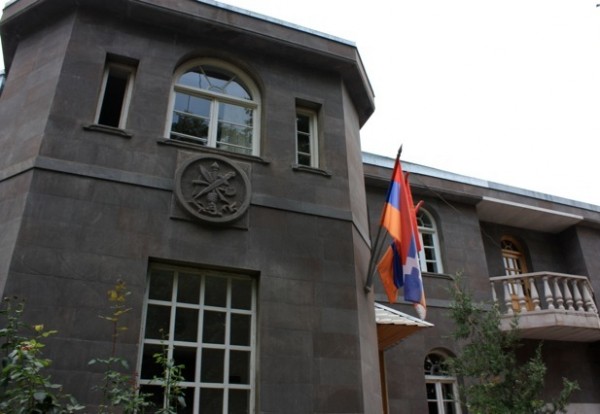 STEPANAKERT — The Armenian Revolutionary Federation-Dashnaktsutyun Artsakh Central Committee, on the eve of the June 24 meeting in Kazan between the presidents of Armenia and Azerbaijan mediated by Russia to discuss the Karabakh-Azerbaijan conflict, issued the following announcement on Wednesday:

Commending the efforts of the OSCE Minsk group co-chairs in peace-keeping throughout negotiations over the conflict;

Commending the role of the Republic of Armenia in the negotiation process, especially as the security guarantor of the Nagorno-Karabakh Republic;

Finding as unacceptable the deployment of international peacekeeping forces in the conflict zone, considering that as direct interference in the internal affairs of a sovereign independent state;

Finding as unacceptable any move to backtrack from real peace guarantees, which have been maintained and preserved for 17 years;

Being convinced that without the full participation of the Nagorno-Karabakh Republic as a party to the Karabakh-Azerbaijan conflict resolution process it will be impossible to register advances, and the already breached negotiation format cannot provide a comprehensive and lasting solution;

The expression of the free will by the people of Artsakh through referenda must become the basis for the negotiation process and a priority;

Finding it imperative that the OSCE Minsk Group Co-Chairmen—and other mediating missions—must focus not on the consequences of the Karabakh-Azerbaijan conflict, but rather work toward resolving the basic reasons that lead to war, which have not, until now, been discussed in the peace process;

Believing that the people of the Nagorno-Karabakh Republic, just like all the peoples in the world, have the right to determine their own fate and the future of their country;

Being convinced that victory for the just struggle for rights is envisioned, and the process for recognition of the independence of our state is irreversible;

Based on the aforementioned, the ARF Artsakh Central Committee:

a. Reaffirms its resolve to bring the Artsakh liberation struggle to its final stage; and
b. Calls on the co-chairmen and mediators to refrain from taking steps that will endanger the current balance and peace.