In its continuous efforts to disseminate information about social democracy in Armenia, the Hrayr Maroukhian Foundation, in cooperation with the Friedrich-Ebert-Stiftung, has begun translating the FES Academy of Social Democracy’s “Economics and Social Democracy,” (Simon Vaut et al.).

Last year the Hrayr Maroukhian Foundation, in cooperation with the Friedrich-Ebert-Stiftung, launched this series of translations with the first reader titled “Foundations of Social Democracy,” which discussed the basic values, goals and meanings of social democracy. A thousand copies of the book were printed and passed out to academicians, economists, politicians, youth groups, and students.

This year, the second volume will provide a more detailed analysis of how economic systems and policies can work to espouse social democratic principles. The translation of “Economics and Social Democracy” will be available in April, 2012.

The Hrayr Maroukhian Foundation has begun the second phase of “Social Reforms in Armenia” policy papers. Last year, the HMF successfully prepared and presented recommendations to improve the healthcare, housing and employment sectors in Armenia. This year, the Hrayr Maroukhian Foundation’s new working groups are undertaking three new sectors in need of reforms; Agriculture, Mining and Education. Experts will be examining the current state of these areas and recommending alternative, original and applicable solutions from a social democratic perspective. The final studies will be published by mid-June. 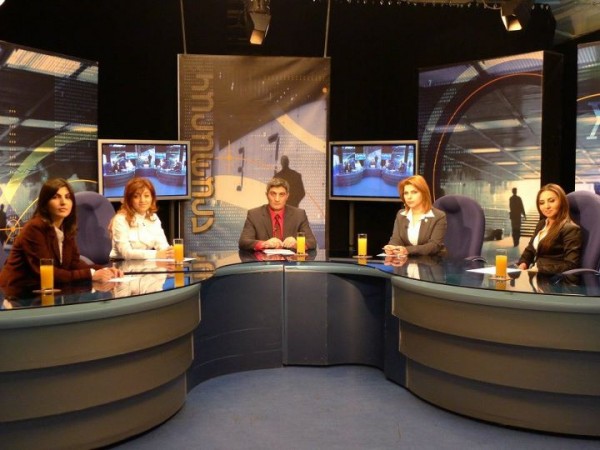 Late last year, in cooperation with Yerkir Media, and funded by the Norwegian Foreign Ministry, the Hrayr Maroukhian Foundation produced six television episodes about the challenges and achievements of women in Armenia. The segments highlighted the difficulties encountered by women in private and public life, while showcasing the positive impact they have had in the development of Armenian society.

Through this documentary, HMF was able to recognize some of the most resilient and influential women of Armenia who have broken barriers and who are charting a new course for future generations.