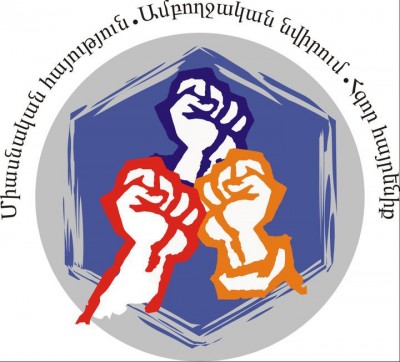 On March 10, AYF Armenia’s seminar on “Women’s role in politics” took place at the organization’s premises. Keynote speakers were ARF-D Member of Parliament Ruzan Arakelyan and Socialist International’s Vice-President Maria Titizian.
Although women are more than half of the population and 70% of them are of higher education still very few women engage in social-political life. Arakelyan noted that however gender equality is stated by law, in real life is quite different. She argued that people with intellectual background provide a country’s development. “And we have no bigger treasure than our intellectuals” she said. There are 11 women members of the Armenian Parliament, today and are very active, stated Arakelyan. 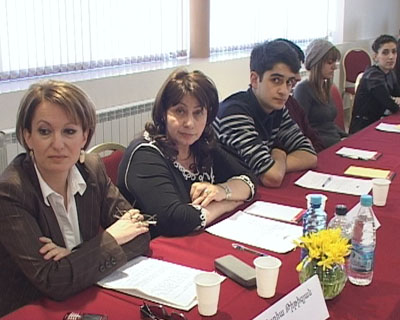 “We idealize the Armenian mother. If that is so, then we have to struggle to  build a country where our children will want to stay” said Titizian. “I believe that women’s participation will improve political culture” she added and cited a few Western European countries’ examples where because of the large number of women involved in, social reforms have been rooted better and implemented faster. International rates show women’s engagement in politics around 20-22% whereas in Armenia is 9%. “If women decided to go on a 24-hour strike all activities in Armenia would pause. There’s a lot of power in women’s hands but it’s not being used” said Titizian.
To achieve polyphony and form a more representational youth audience, AYF Armenia had invited members from other political youth organizations, as well.