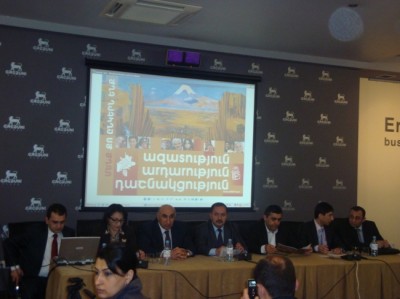 On Monday, April 9, ARF-D held a presentation of its pre-electoral platform, at Erebuni Plaza Business Center. The opening remarks were given by ARF-D member Aghvan Vardanyan who expressed his belief that the party’s campaign will be victorious. “The pre-electoral campaign should be found on political platforms and objectives” he said.

Bureau member Davit Lokyan, introduced the platform’s basic lines and addressing the audience said: “Yes, there is a maximalistic approach in our platform” and added that if ARF-D has the majority of seats in the Parliament then for the next five years it will strive so that the citizens of Armenia can enjoy true freedom. 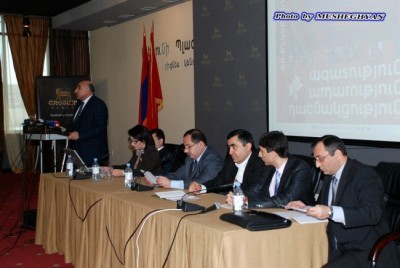 For ARF-D, the more active engagement of Armenia in the European integration process while at the same time preserving the relations with the Commonwealth of Independent States and the Asian institutions, stand as a top foreign policy priority. Lokyan also emphasized on the needs of an intensive GDP growth as well as of a fair and fast distribution of wealth that are in the core of the social-economic policy of the party. In respect to trade and export increase, he placed Diaspora’s role on the highest level saying that “for Armenia, to have such a network and not reclaim it, is the biggest extravagance of it all”. Finally, he said that if ARF-D becomes an on-parliamentary party again, then it will see that the assistance to the Mountainous Karabakh is increased. It is in the unity of the party that lays its most fundamental and significant force. “ARF-D will be running for these elections in a highly mobilized mode” Lokyan concluded. 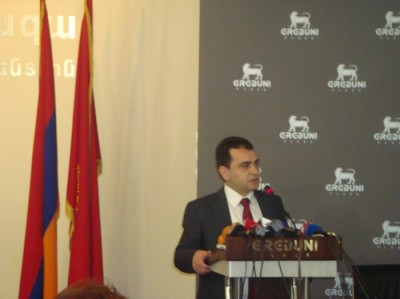 ARF-D Supreme Council’s member Arsen Hambardzumyan spoke in detail about the platform’s social policy pillar. As he said, one of the party’s priorities for the period 2012-2017 is to lift poverty, form the middle class and provide a well-to-do life. He also pointed out the increase of the civil servants’ salary and pensions and reaffirmed the attendees about the capabilities of the ARF-D manpower who will be in charge of these plans’ realization.
The ARF-D’s viewpoints of the exports and SME sectors were elaborated by ARF-D MP Ara Nranyan. “Antimonopoly legislation will be applied; artificial obstacles put against free market entering will be lifted off”. Nranyan also said that legislation on pricing will be adopted and a 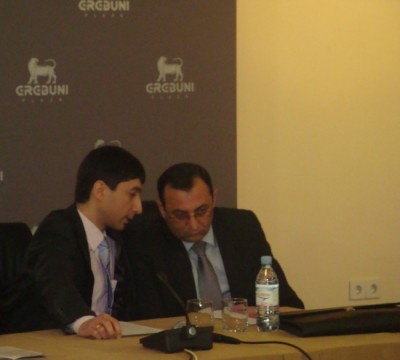 special commission to protect the rights of the local producers will be nominated.
ARF-D Parliamentary Faction member Artsvik Minasyan focused on agricultural policy mentioning that in Armenia, this particular field of the economy is the most vulnerable. Minasyan said that vividly subsidizing agriculture is of the utmost importance. 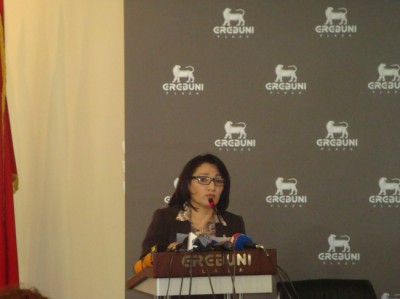 The policies on sustainable development, culture, science, education and youth were presented by ARF-D Member of Parliament, Lilit Galstyan who informed the attendees that the party has provisioned the science sector’s financing with a 1-2% of the GDP, ten times more than it is today. Galstyan said that the healthcare system will be gradually regulated.
Another key element is the distinction between the executive power and the economy, “Power brings money. Money bring additional power” as he put it. 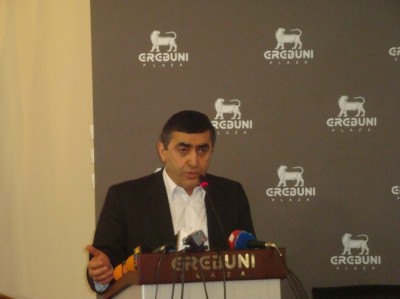 Armen Rustamyan, MP and Supreme Council’s chairman explained ARF-D’s view on the need to change the regime. “Today, the state and governing party have become one” he argued. “It’s far worse than the communist era” Rustamyan said adding that “at least back then becoming a partisan seemed attractive. Now, they say that if you want to achieve anything at all, you have to join a political party”. Rustamyan described ARF-D’s conviction on the abolition of the presidential system of government and the passing to a system where the head of the government is the prime minister; a change that will enable the decentralization of power and resources that are currently gathered around the President. Furthermore, the party visions the assignment of several supervision levers such as the leadership of the Control Chamber’s Anticorruption Commission to the opposition so that true democracy is provided. Finally, the public service personnel policy needs serious reviewing because today “if you’re not close to the regime, you cannot go any further” said Rustamyan.