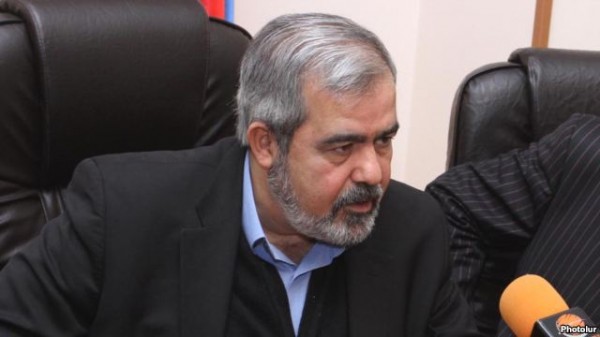 Armenia’s political leadership is not committed to holding free and fair elections despite its assurances to the contrary, a leader of the opposition Armenian Revolutionary Federation (Dashnaktsutyun) said on Friday.

“The ruling force is not showing the will to hold truly democratic elections in our country,” Hrant Margaryan told RFE/RL’s Armenian service (Azatutyun.am) in an interview. “Security bodies are not even trying to catch those who hand out vote bribes. That means they themselves impede this [democratic] course.”

Top government officials have repeatedly promised to do their best to ensure that the May 6 parliamentary elections are the most democratic in Armenia’s post-Soviet history. Speaking at a campaign rally in Yerevan on Thursday, President Serzh Sarkisian stressed the importance of “good elections” for the country and its international reputation. “A government elected in such elections could do a much better job,” he said.

Margaryan claimed, however, neither Sarkisian nor his predecessors have been really interested in polls widely recognized as democratic. “From the first day of our independence we have always had problems with elections,” he said. “There have been violations in all elections. That means the ruling force resorts to all methods to retain power.”

“Since the authorities lack sufficient popularity, they have to rely on oligarchs … and the criminal underworld,” he added.

Dashnaktsutyun itself was part of Sarkisian’s governing coalition until 2009 and also had ministerial portfolios during much of former President Robert Kocharian’s 1998-2008 rule.

Margaryan insisted that his party is not responsible for vote irregularities reported at the time and always criticized them in strong terms. “I think we were so frank and made such serious evaluations that even the opposition did not make at the time,” he said.

Margaryan further defended Dashnaktsutyun’s decision to cooperate with the rival opposition Armenian National Congress (HAK) and the Prosperous Armenia Party (BHK), a member of the ruling coalition, in fighting against electoral fraud.

Asked about lingering doubts about the BHK’s commitment to a clean vote, he said, “I don’t believe in anyone except Dashnaktsutyun. But I respect others and I have no right to adopt a maximalist position, reject cooperation with them and thus spoil the national [unity] atmosphere.”