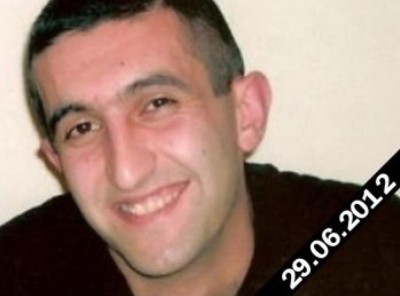 In a statement issued on June 30, the ARF-D Yerevan District Assembly expresses its deep grief for the killing of army medical doctor Vahe Avetyan that took place at the Harsnakar restaurant on June 17. Moreover, the Assembly’s statement describes the event as a slap on the faces of society and the lawful and democratic Republic of Armenia, declared as such by the Constitution.

The bullying, human rights’ violation, cynicism and impunity strike heavily the state’s foundations, belittling the dignity of the citizen and provoking the already despaired people to leave Armenia in search for a future abroad.

The ARF-D Yerevan District Assembly condemns the beating of the three army doctors and expresses its deep sorrow to the family and friends of the deceased Vahe Avetyan as well as to the entire society.

The party also demands from the RA authorities a political, legal and moral reply, equivalent to the event as well as calls on them to make full use of the extent of the RA laws in punishing the guilty, the provokers and the organizers of this crime.