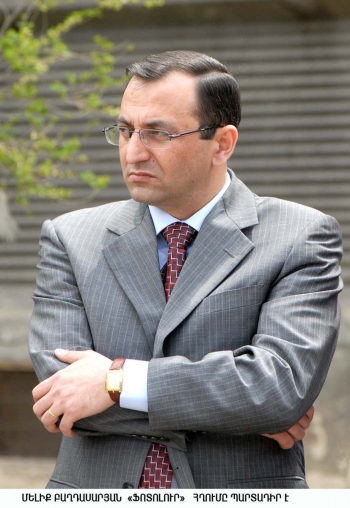 Asked by www.1in.am about the 2013 budget, ARF-D Member of Parliament and Vice Chairman of the Parliament’s Standing Committee on Financial-Credit and Budgetary Affairs, Artsvik Minasyan said that it’s true that the challenges standing before Armenia are many, deep and extensive. The budget is supposed to counter a big part of these challenges but that is not apparent from this draft, he argued. This budget draft is neutral not to say negative not only from a demographic and economic development point of view but from that of the growth of the population’s living standards, as well. This means that the policy on spending public money is ineffective” he said and added that to his recollection, there hasn’t been a single year since 2003 where salaries weren’t raised. The foreign debt is not to blame in this case since the amount of money needed is too small. “The extent of the foreign debt wouldn’t be an issue if it had been operated effectively and new jobs were created. It seems as if foreign debt has become a heavy load for us” Minasyan said.
The ARF-D MP believes that the amount which is necessary to allocate for salaries rise could be retrieved from the increase of income in sectors such as mining, gamble which although is being taxed still nothing goes into the budget. Especially, casino gains and lottaries, are not being taxed, something that is inexplicable for Minasyan.
“It looks like the state encourages earnings coming outside labor; salaries are taxed but gains not. This is absurd and it must be subject to review, all the way to its roots. Next in line, is the effective administration of public property. This goes not to privatization but to professionalism” Minasyan said.