The upcoming presidential elections of February 2013 are a unique opportunity to reassess the road our statehood has taken so far, to correctly formulate the problems that the country and society face, to outline the actions that will provide the population’s welfare, to counter with dignity the challenges on the foreign affairs front. It is obvious that only with competitive, free, fair and qualitatively new elections society’s trust will be restored, the morale will be improved and the country will have a prospect of normal, secure and accelerating development.

Hence, the Armenian Revolutionary Federation-Dashnaktsutyun with this announcement is bringing to the political agenda issues, the raising and solution of which will take us out of this long standing vicious circle.

1. Create an elections system which will guarantee the forming and changing of a regime based on the population’s free expression of will; exclude corruption and use of state-administrative resources; transition to a 100% proportional elections system.

2. Until the end of 2015, initiate constitutional changes aimed at adopting parliamentary form of governance.

3. With the purpose of controlling and counterbalancing the authorities, provide by law effective levers to the opposition. In particular, reserve for the opposition the administration of the Civil Service Council, the State Commission for the Protection of Economic Competition, the Public Services Regulatory Commission as well as of the Anti-corruption Agency which is to be created. Establish quota for the opposition’s participation in the Control Chamber.

4. Clearly separate business from politics, provide full independence of the judiciary power. Subject the economical policy to a radical change aiming at the creation of new jobs, decent salaries and eradication of poverty.

5. Enact the state’s role as organizer-regulator in the task of forming a society with equal opportunities for creating and justly distributing wealth. Establish as the basis of social policy the budget equal to the minimum essential standard of living.

6. In foreign policy, adopt a national-state direction with the ultimate priority being the Armenian state’s independence, security and sovereignty.

7. Sign a military and political accord between the Republic of Armenia and the Republic of Mountainous Karabakh. Promote the notion that the conflict resolution’s base is the Artsakh population’s free will which has been already expressed through the referenda. During negotiations make Mountainous Karabakh Republic’s status and security a priority.
Withdraw the signature of the RoA from the Armenian-Turkish protocols. Regulate relations with Turkey based on the national security strategy without risking the realization of the Armenian nation’s objectives and the prospect of the restoration of historical justice.

ARF-D is convinced that the solution of these problems must be our priority. After the presidential elections and for the following five years, the state governing productivity depends on the future President’s readiness to take over and solve these challenges.

Based on all these, ARF-D Supreme Council of Armenia initiates a series of discussions with political parties, social strata and professional groups. 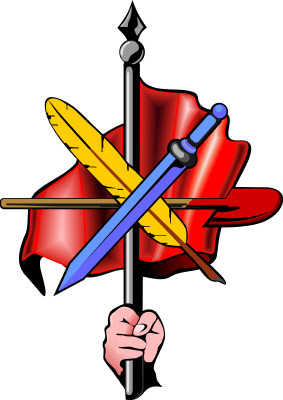 The form and volume of ARF-D’s participation in the presidential elections will be defined by the results of those discussions.

Dear compatriots,
We are certain that half of the job is formulating the issues properly. We anticipate that all players and as well as the society’s active segment will gather around this political platform.