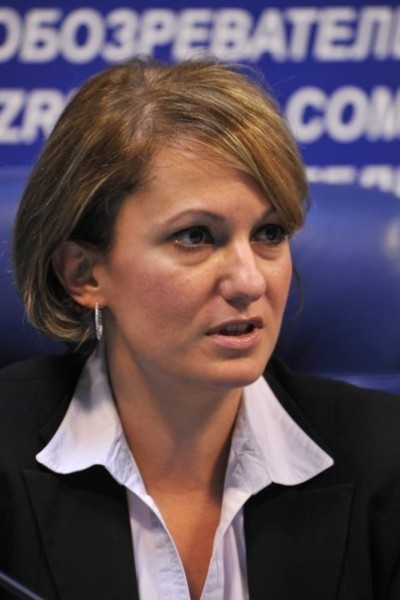 When Investigative Journalism Pays Off

(ASBAREZ) Anyone who lives in Armenia or who follows politics in this country understands that impunity is one of the causes of widespread disillusionment, distrust in the justice system and the prevailing cynicism. These sentiments are grounded in facts and not perceptions as some things invariably can be in societies where there is no cohesion or solidarity. There have been countless cases where those with powerful connections to the ruling regime have been able to manipulate the system and escape prosecution squandering all hope for the application of the fundamental precept of equality before the law for all.

A case in point was the appointment of Gagik Beglaryan as Minister of Transport and Communication, a potentially “lucrative” posting after he was forced to resign as mayor of Yerevan for beating up a member of President Sargsyan’s protocol office. The violence was motivated because this official asked Mr. Beglaryan’s wife to change her seat at a Placido Domingo concert in Yerevan a few years ago. This is not breaking news, nor has Mr. Beglaryan misbehaved recently, at least not to my knowledge. However, men like Gagik Beglaryan (Chorni Gago), Ruben Hayrapetyan (Nemets Rubo), Suren Khatchatryan (Liska) and many others with similarly colorful nicknames continue to operate, conduct business, maintain relationships and steer clear of any recrimination through their very powerful connections and by having a plethora of volunteers to act as their fall guys. And those who wield no influence, who do not have access to unlimited amounts of cash and resources, who are not related to anyone who can provide them with protection are the ones upon whom the heavy hand of the law comes to rest.

As long as there is an absence of political will, as long as the justice system is not independent, as long as society tolerates this kind of behavior, and as long as mainstream media does not report on it these men who hold the levers of power are free to act in a manner which they feel entitled to. It doesn’t have to be so. Recently, events unfolding in Brazil have underscored how persistent, professional and relentless investigative journalism can bring those whom the justice system hasn’t been able to touch to answer.

On November 12, 2012, Jose Dirceu, former chief-of-staff (2003-2005) of Brazil’s former President Luiz Inacio Lula da Silva (Lula) was sentenced to almost 11 years for corruption by the country’s Supreme Court. He is known to be the mastermind behind Mensalao, a massive corruption scheme that diverted public funds to pay legislators in the ruling coalition to vote in favor of government initiatives.

The verdict was significant for Brazil who suffers from a long tradition of impunity and absence of freedom of expression and even more so because it was handed down seven years after the scandal first broke (and which almost cost Lula his re-election in 2006) and five years after the Supreme Court decided to hear the case.

Reporting on the verdict, an article in Al Jazeera stated: “The high profile sentences have been seen by many in Brazil as evidence that politics is no longer immune from punishment.” Reuters reported the following: “The corruption trial, which has been running live on Brazilian TV for the last two months, could have repercussions for future trials involving senior politicians, who have long been regarded as untouchable.”

About a month ago, Transparency International and the Instituto Prensa y Sociedad (Press and Society Institute, IPYS) gave three Brazilian journalists, Andreza Matais, Jose Ernesto Credendio and Catia Seabra the annual Latin American Investigative Journalism Award for their reporting on the scandal that eventually led to the resignation of another chief-of-staff, Antonio Palocci (of current president Dilma Roussef). Their investigative journalism in Folha de Sao Paulo began with a story about a questionable purchase of a luxury apartment. “As they followed leads and pieced evidence together, a complex network of illicit activities came into view, much of it centering on a consultancy firm in which Palocci was involved.”

According to Global Investigative Journalism Network, none of this would have been possible without the tenacious and fearless reporting of Brazilian journalists.

Could exposing real cases of corruption lead to fundamental changes in our own country? Perhaps, but it is also true that there have been cases where criminal activity among the so-called elites of Armenia have been made public with the same disappointing result – a slap on the wrist, a forced resignation coupled with a convenient loss of memory and a promise of a better, more influential appointment at a later date.

While the Brazilian experience is encouraging, to expect mainstream broadcast media in Armenia (who is only as free as the president’s office allows it to be) or semi-independent print and web media outfits to engage in such investigative journalism where we would see the departure of people who abuse their positions of power and influence might be premature because of the atmosphere of fear which persists.

Forcing accountability and “encouraging” the executive branch of government to release the chains around the judiciary’s neck so that it can ensure the equal application of the law will come about when we liberate the individual, the reporter, the anchor, the editor, the writer, the media mogul from the chains of their own forbearance. Investigative journalism, citizen journalism, and social media will be effective tools only when we begin to believe that we are free. The consequences of that freedom might be threats and intimidation which might deter the journalist from reporting on cases of abuse and blatant corruption. However, if all those who report the news, also support one another, exercise their civic rights, express their solidarity with one another, mobilize society to join forces, then not even the long arm of our privileged elite can touch them. Yes, the Brazilian example is encouraging and we should learn from it by applying constant, consistent and unrelenting pressure by reporting, elucidating and enlightening fearlessly. The dividends for democracy, transparency and accountability will far outweigh the consequences for all of us.

Maria Titizian currently serves as Director of the Hrayr Maroukhian Foundation in Yerevan.