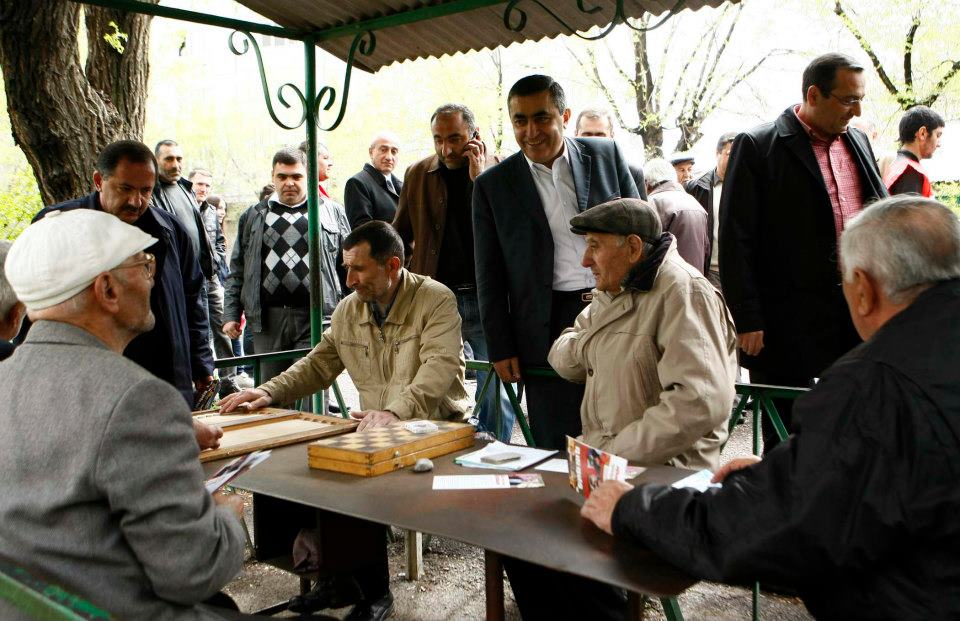 On April 20, ARF-D and Armenian Youth Federation members  campaigned in the streets of the Nor Nork region where Yenok Abrahamyan, Levon Gabrielyan and Ara Baghramyan are the party’s candidates, yerkir.am reports. The ARF-D members were passing on leaflets and discussing with the citizens. The majority of the people said that they are disappointed from the government; others have lost their interest in the upcoming election and didn’t even know the names of the local candidates. “It’s good that they meet the citizens, pass their leaflets on. This way we can get to know their platform” a citizen said. The ARF-D members also visited the local “Prosperous Armenia” and Republican parties’ offices and Nor Nork’s flea market. Levon Gabrielyan told yerkir.am that the Nor Nork population faces many problems with the social one being the most significant of them all. Impunity prevails in the capital, he said. During the last years deforestation has grown in the region which is considered one of Yerevan’s lungs. Gabrielyan made a special reference to the buildings on the road that leads to the Zoo saying that they were constructed to the detriment of the willow park of the area. “Rumor has it that those buildings belong to one of the oligarchs” he said and added that phenomena like that must be fought.

You can view segments from the ARF-D march via the following link: