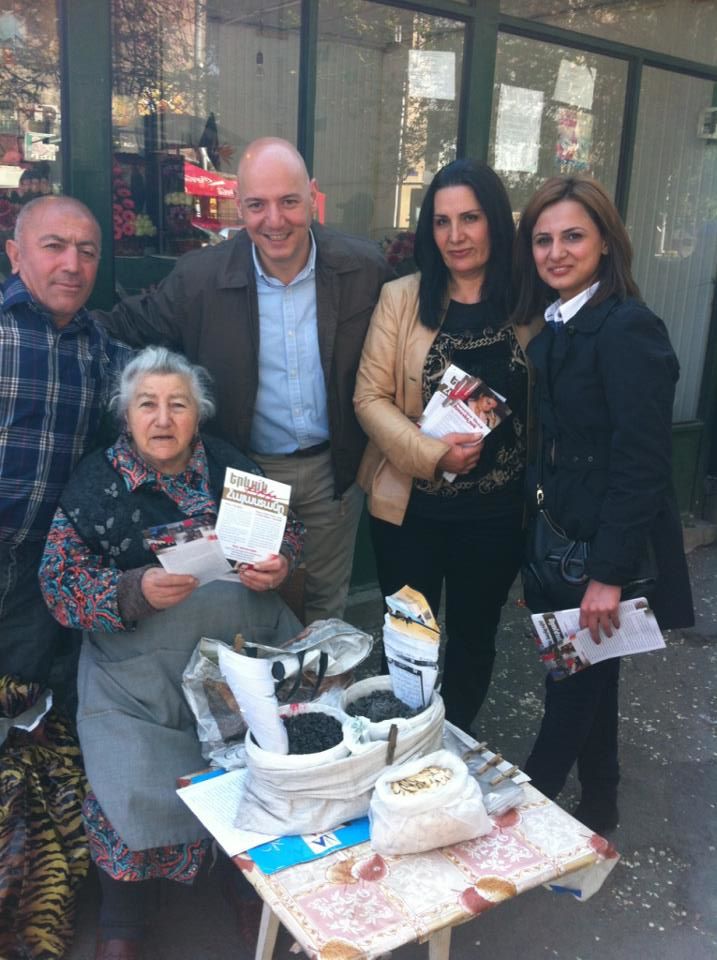 On April 27, an ARF-D delegation comprised of MPs and candidates for the Yerevan municipal authority campaigned in Arabkir. ARF-D Supreme Council of Armenia Vice-Chairman Arsen Hambardzumyan stated that so far, the campaigning was normal and that the party is not discontent with the work that has been performed. Judging from the party’s door-to-door campaigning and neighborhood meetings, ARF-D has a very clear picture of the situation in the city which is a lot different than the one the party had on the occasion of last year’s parliamentary election. Members and party activists handed ARF-D booklets to the people on the streets. “Our main objective is to inform the voters about our plan so they familiarize with it prior to the election. We present the differences between our platform and those of the other parties, as well as our strong will of forming an oppositional alliance” said Hambardzumyan.

Two days later, another ARF-D delegation led by Armen Rustamyan and Aghvan Vardanyan reached the citizens of Davtashen, with the same purpose. “We believe that a mayor coming from the ranks of the opposition can truly change the situation the country is in” said Rustamyan. “Our aim is to show that this election has a political meaning and that it shouldn’t be just about electing a mayor, designated to tackle with 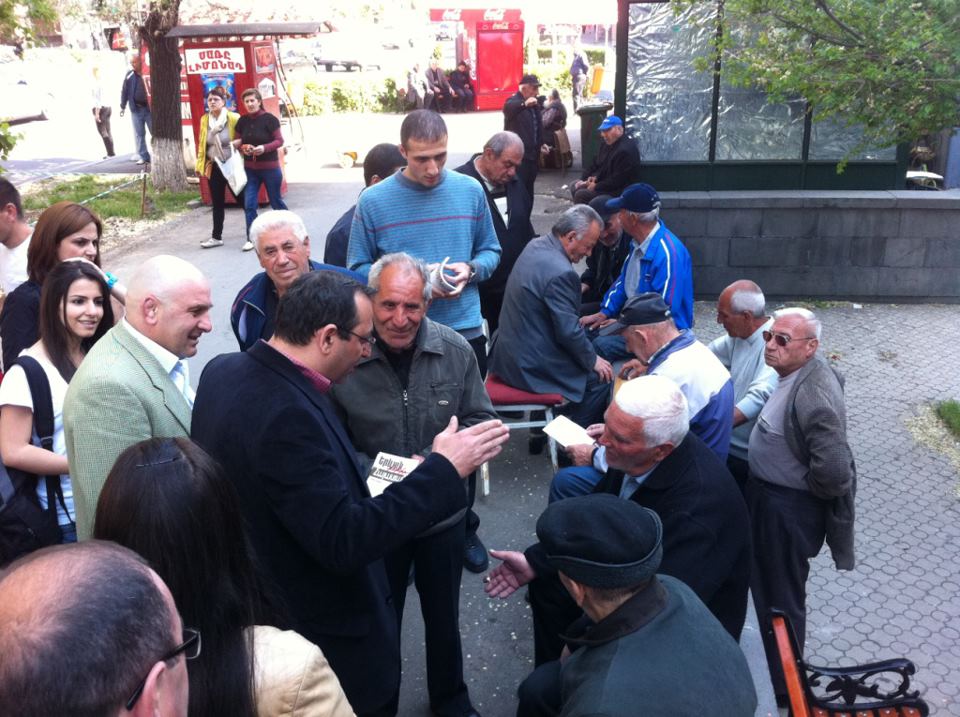 everyday issues” he added. The ARF-D member also pointed out that this election must be associated with the process of the necessary reforms that the country needs and that only the mayor has the chance to change the reality in the country. “A huge part of the constituency that is disappointed wasn’t able to achieve that association through the presidential election. However, there is an opportunity of achieving that now by changing the mayor and bringing into power someone from the opposition” said Rustamyan. He also stated that this election must be turned into a referendum of distrust towards the ruling regime. “Citizens must say no to the regime and yes to the opposition, yes to ARF-D that has clear objectives.”