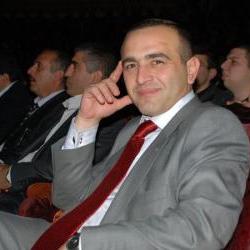 Today, the entire structure of education is under the hands of the ruling regime said ARF-D candidate for the Yerevan municipal election, Artak Aghbalyan, during a debate at Media center. “During elections period, the educational structure changes into a political one” he argued and stated that one of ARF-D’s first goals will be to depoliticize that. Aghbalyan also said that jurisdiction of the schools for children with special needs should belong to the ministry of education and not to the municipality. In reference to kindergartens, the ARF-D member pointed out that they are overcrowded. Aghbalyan said that ARF-D will increase the number of kindergartens and provide better standards for children with special needs. “Kindergartens are not recreational places. Children must receive primary education there which is not the case today” he added. Aghbalyan thinks that the schools’ off-budgetary financing is a very important issue. “Currently, the budget of the schools is very small. So in order to increase their finances, school administrations enroll even more children” said Aghbalyan.