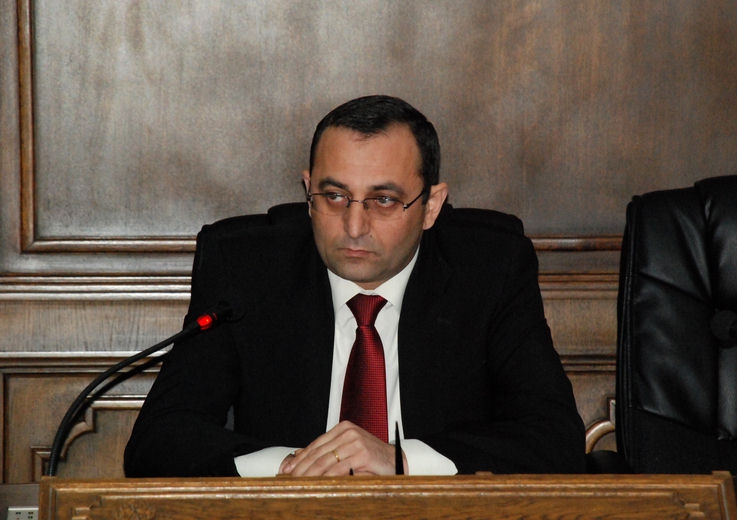 ARF-D Member of Parliament, Artsvik Minasyan commenting on the action plan that the government presented, said that it looks like a declaration rather than an action plan, and that it is foggy and vague, not containing any concrete steps, panorama.am reports. “This action plan doesn’t reveal the challenges that Armenia faces today” Minasyan stated. In his opinion, the people who were called to draft the government’s action plan do not have an in-depth understanding of severity of the Armenian population’s problems. Minasyan mentioned that there is no reference in the action plan about a series of crucial issues such as the national air carrier. The ARF-D MP reminded tha the government had presented a plan a year ago but none of the targeted problems was solved so far.
Minasyan stressed that the people cannot tie their hopes to this government. “The biggest damage this government has made is that it killed people’s hope; and killing hope means destroying the future. We have to restore that trust. The ruling regime had to include in the government people with expertise that enjoy people’s trust” he said.
Minasyan thinks that a foggy future awaits for the Armenian population. He is convinced that public unrest will rise soon.
According to yerkir.am, Minasyan said that Armenia needs to create at least 500.000 jobs. This government is considered harmful and engaged in plundering; this government is one of the main reasons for this atmosphere of weakness the country is in, Minasyan said. “It doesn’t worth anticipating any reform from this government, since they only care about reproducing themselves. Our government is the weakest government. The Prime minister’s yesterday speech revealed that what takes place in Armenia is not elections, they are simply events” he added.

Mediamax.am reports that “Artsvik Minasyan said that the Armenian leadership is not resolved to restrain Russia’s “overwhelming” policy. “It’s absurd that they state the lowest gas price in the region is in Armenia. As our state handed over to Russia more than 80% of its energy capacities, we should consider not the fact at what price the gas is sold on the border but at what price it is supplied to the consumers. If we look at the issue from this viewpoint, Armenia is offered the highest price, higher than Georgia”, said the MP.
Artsvik Minasyan expressed the confidence that “if Russia uses increase in gas price for its strategic partner for political pressures, Armenia doesn’t need such a partner”.”