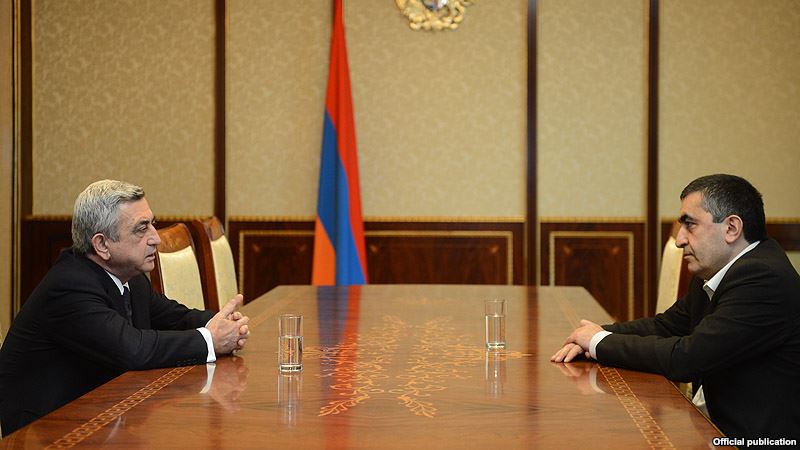 A leader of the opposition Armenian Revolutionary Federation (Dashnaktsutyun) on Wednesday rejected President Serzh Sarkisian’s harsh criticism of a parliamentary oversight body that has alleged serious misuse of public funds by his government.

Rustamian was commenting on a weekend meeting of top state officials that was chaired by Sarkisian. The meeting discussed a recent Audit Chamber report that alleged millions of dollars worth of financial losses in the administration of procurement contracts by various government agencies. The Armenian government accused the chamber of grossly inflating possible financial abuses for political purposes.

Sarkisian sided with the government during the meeting, saying that the head of the chamber, Ishkhan Zakarian, overstepped his legal powers by drawing far-reaching conclusions from the report. The president was particularly enraged by Zakarian’s claims that as much as 70 percent of budgetary expenditure in Armenia may be misused or wasted.

Rustamian, who leads Dashnaktsutyun’s parliamentary faction, said Sarkisian’s remarks ran counter to a constitutional provision that guarantees the chamber’s independence from the executive branch. He said they could discourage the parliamentary body from scrutinizing the government’s activities in the future.

“Today we have a serious problem with creating a mechanism of checks and balances in the government system” said opposition leader. “We must not strangle the Audit Chamber in a way that would keep people from openly speaking about some things”.