The briefing was held at the State Department and included participation, via tele-conference, by representatives of a broad range of community leaders. The full array of urgent humanitarian issues of concern to Armenian Americans were raised by community leaders during the meeting. 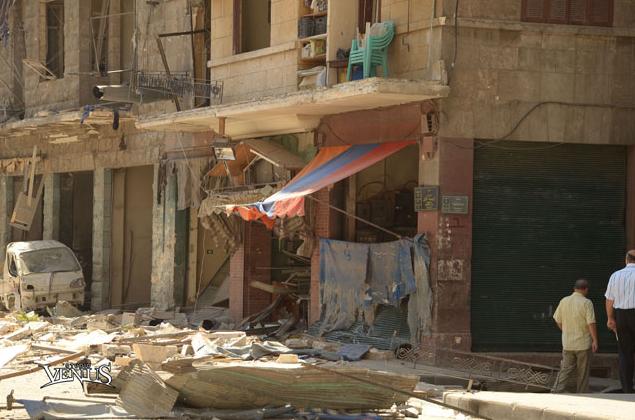 The Armenian community of Syria, like many other Christian and minority populations, has been caught in the middle of fighting between government and opposition forces, suffering along with the rest of the population from food and energy shortages, blockades, violence, and instability. The large Christian Armenian population in Aleppo, along with the smaller communities in Damascus, Kessab, and elsewhere have been targets of attacks and kidnappings.

Among the Armenian American community’s publicly-stated humanitarian priorities, going into today’s meeting, were:

1) Ensuring the balanced and needs-based distribution of U.S. humanitarian aid to all areas of Syria, including those like Aleppo with large Armenian and other Christian populations;

2) Preventing humanitarian blockades of civilian populations, such as those creating crises in Aleppo;

3) Providing additional assistance to the Armenian government and NGO’s supporting and helping to settle Syrians who have fled to Armenia, and

4) Assisting the Armenian Church and charitable groups in Lebanon as they support the very considerable humanitarian needs of refugees from Syria.

While the Armenian presence in Syria has a very long history, the majority of Syrian Armenians are descendants of those who found shelter, safety, and a new life in Syria after the Armenian Genocide of 1915-1923. The Armenian community numbered approximately 100,000 at the start of the present conflict. Estimates today are that as many as half of the community has left Syria, some permanently, others with the hope that they will be able to return. More than 10,000 Syrian Armenians have already fled to the Republic of Armenia, and another 10,000 or more have found refuge in Lebanon.

The Armenian American community, along with Armenian communities around the world, has undertaken far-reaching and life-saving humanitarian efforts, through the Armenian Apostolic, Catholic, and Evangelical churches, Syrian Armenian Relief Fund, Armenian Relief Society, Armenian General Benevolent Union and other avenues. The Armenian National Committee of America (ANCA) has undertaken a grassroots effort to educate Congressional legislators about the plight of Armenians and other affected minorities in Syria and urged Congress to provide relief and resettlement support for at-risk Armenians and other Christian populations in Syria and throughout the Middle East as part of the FY 2014 foreign aid bill.

The ANCA’s testimony before the House Subcommittee on Foreign Operations is available at:

Citizens and civil society groups in the Republic of Armenia have organized the “Help your Brother” civic initiatives, airlifting relief supplies to Armenians and other Syrian populations caught in the conflict. The Armenian government has also undertaken a broad array of actions to support and integrate refugees from Syria. These efforts are ongoing, but do not represent a substitute for the scope and scale of aid that can be provided by the international community.