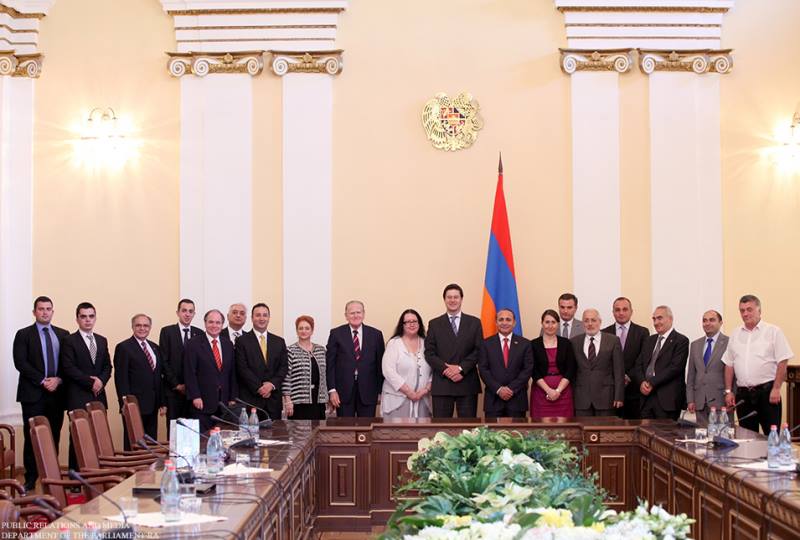 The delegation from the New South Wales accompanied by ANC Australia in the Parliament of Armenia.

(armenia.com.au) A delegation of seven politicians from Australia’s largest state of New South Wales (NSW) have paid their respects at Yerevan’s Armenian Genocide monument (Dzidzernagapert), met with His Holiness Karekin II (Catholicos of All Armenians) and President Serzh Sargsyan on an historic visit to Armenia, organised by the Armenian National Committee of Australia (ANC Australia).

Jonathan O’Dea MP, who is the Chair of the NSW Parliament’s Friends of Armenia group, was joined on the trip by Marie Ficarra MLC, Amanda Fazio MLC, David Clarke MLC, Fred Nile MLC, Shaoquett Moselmane MLC, and Gladys Berejiklian MP – who is the first Armenian parliamentarian of NSW and the state’s current Minister for Transport.

The delegation was pleased after holding high-level meetings with President Sargsyan, Speaker of the National Assembly Hovik Abrahamyan and local Members of the National Assembly including Vahan Hovhannisyan. The meetings focused on improving relations between NSW and Armenia, the importance of global recognition of the Armenian Genocide, and the rights to self-determination for the Armenians of Nagorno Karabakh. 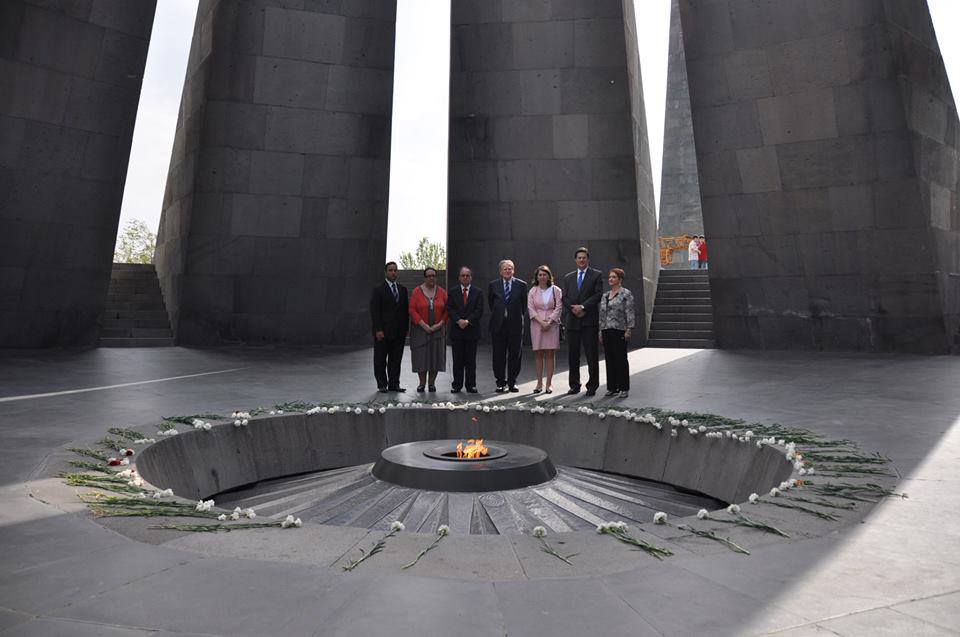 The delegation visited all of Armenia’s noteworthy tourist attractions, with the headline being an emotional visit to Dzidzernagapert.

And over 15 years later, seven members of NSW Parliament, stood to pay their respects at the official Yerevan-based Armenian Genocide Memorial.

The delegation also met with Armenia’s press, via several media engagements as well as a press conference at the end of their trip.

Nile told the press: “The Armenian Genocide is a historical fact that Turkey should recognise.”

The politicians said collectively that Turkey must follow the example of Germany and Australia and apologise for their injustices of the past.

“The key aim of the visit is to provide the parliament members, having made quite a considerable contribution to the advancement of Armenian issues, with the opportunity to see Armenia, get acquainted with the centuries-old Armenian culture and history and, upon their return, to continue their pro-Armenian activities in Australia,” said Kahramanian.

NSW – on April 17, 1997 – adopted a motion condemning the massacres that took place in the Ottoman Empire, characterising them as the first Genocide of the 20th century.

Following their Armenia schedule, the delegation visited the Republic of Nagorno Karabakh, where they were welcomed by President Bako Sahakyan. 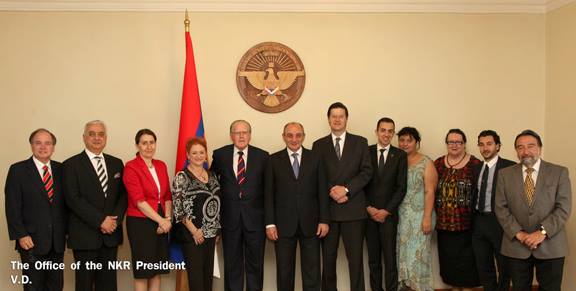 The Australian delegation with the Mountainous Karabakh President, Pako Sahakyan.

The President of the Republic of Nagorno Karabakh, Bako Sahakyan welcomed a delegation of politicians from Australia’s largest state of New South Wales, who later addressed the Artsakh’s Parliament on what was an historical visit organised by the Armenian National Committee of Australia (ANC Australia).

President Sahakyan thanked New South Wales (NSW), whose Legislative Council on October 25, 2012, adopted a unanimous motion recognising the Republic of Nagorno Karabakh and calling on the right to self-determination of its Armenian people. This historic motion was the first in Australia and the third internationally.

The President said that the motion “was a significant political and moral step on the path to the international recognition of Artsakh and establishment of bilateral relations”.

Among the politicians in attendance was Marie Ficarra MLC, who was responsible for introducing the aforementioned motion, and her fellow Members of the NSW Legislative Council, who voted in favour of the motion. They were Amanda Fazio MLC, David Clarke MLC and Fred Nile MLC.

Others in the delegation were Jonathan O’Dea MP, who is the Chair of the NSW Parliament’s Friends of Armenia group, and Gladys Berejiklian MP – who is the first Armenian parliamentarian of NSW and the state’s current Minister for Transport. Varoujan Iskenderian, Nagorno Karabakh’s representative in Australia, was also present during meetings.

In the delegation’s meeting with President Sahakyan, a wide range of issues related to the development of relations between New South Wales and Nagorno Karabakh were also discussed. 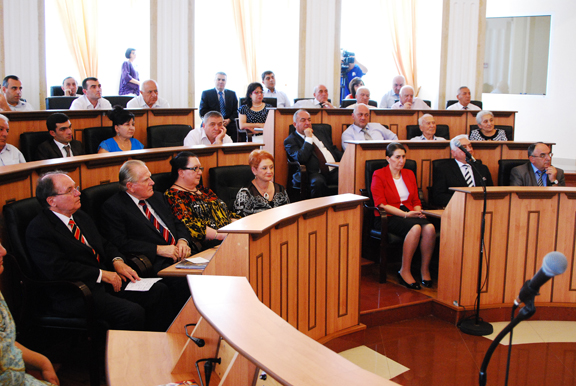 At the special sitting of the Mountainous Karabakh Parliament.

Following their meeting with President Sahakyan, the delegation visited the National Assembly of the Republic of Nagorno Karabakh and were each given an opportunity to address a special sitting of Parliament.
Berejiklian, O’Dea, Fazio, Ficarra, Nile, and Clarke spoke, as did Vache Kahramanian, the Executive Director of the ANC Australia.

Kahramanian said: “As an Australian born and bred in NSW, I was very proud to see our elected representatives, who courageously recognised the Republic of Nagorno Karabakh last year, standing within its Parliament and addressing its democratically elected Members during a special sitting.”He added: “We wish to thank the President of the Republic of Nagorno Karabakh, as well as the Speaker of the National Assembly.”

In Nagorno Karabakh, the delegation found time to take in the country’s sites, including the Gandzasar Monastery and the Stepanakert Museum.