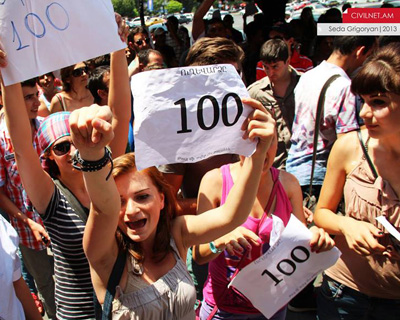 On July 22, at the initiative of ARF-D Youth and Student organizations, citizens gathered in front of the Yerevan municipality building to protest against the rising of transportation fare. The crowd shouted “Taron, liar. Taron, cheater” addressing mayor Taron Margaryan and referring to his previously made statements about not increasing the bus fare. After reading their list of demands, the protesters handed it to Albert Gevorgyan, an adviser to the mayor.

RF-D Supreme Council of Armenia condemns the unsubstantiated 50 percent increase in the price of public transportation by the government. This step is unacceptable by political, economic, social and legal perspectives.