Republication of this article does not necessarily reflect the positions of ARF-D nor it is an endorsement of the author’s views.

Publisher of The California Courier, Harut Sassounian writes about the perception the US intelligence had in the midst of the 20th century, in regard to the Armenian Cause and the Armenian American organizations. Sassounian derives information from two declassified documents of the Office of Strategic Services (the predecessor of the CIA).

The recently announced demand for lands from Turkey by the Prosecutor General of Armenia attracted much attention from Armenians worldwide and harsh criticism from the Turkish government. While this was the first time that an Armenian official had raised this issue since the country’s independence in 1991, the demand itself is not new. Armenians have been seeking the return of their historic territories from Turkey for decades. 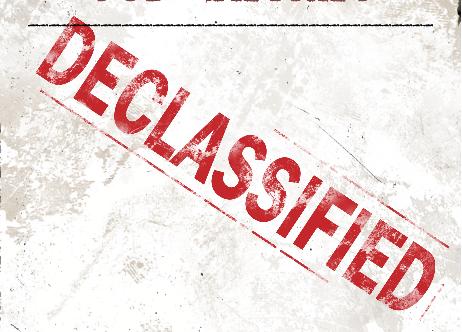 A confidential 1943 document, declassified by the Central Intelligence Agency, reveals that the US government was well aware of the Armenian demands for recognition of the “atrocities” and return of Turkish occupied “provinces.”

The document dated December 13, 1943, authored by the Office of Strategic Services (OSS), the predecessor of the CIA, stated: “All the Armenian press in the United States is active in keeping the Turkish Armenian massacres fresh in the minds of its readers. Fearful that the Axis atrocities of the present war [World War II] will eclipse the atrocities of the last when the final reckoning comes, they are anxious to keep alive the Armenian case against Turkey. Armenians have present as well as past grievances against Turkey, whose capital levy tax ‘Varlik’ falls harder on Armenians than on any other minority group in Turkey. Even more unforgivable in the eyes of Armenians is the fact that Turkey holds provinces which, they are firmly convinced, belong rightfully to Armenia. Restitution of these provinces to Armenia is the goal of all Armenians.” Elsewhere in the document, OSS accurately reported that “Armenians, almost without exception, entertain feelings of deepest suspicion, hostility, and fear” toward Turkey.

A second declassified confidential document dated July 31, 1944, carries a surprising title: “Tashnags Turn to Soviet Russia.” The OSS indicated that “the once uncompromisingly anti-Soviet Armenian Revolutionary Federation (Tashnags) officially changed its spots, and the swing toward support of the Soviet Union, which has been growing gradually more perceptible during the last few months, has culminated in the adoption of a pro-Soviet policy at the Federation’s annual convention held in Boston the first week of July.” This OSS report was prepared as the Soviet Union had announced its intention to claim the Eastern provinces of Turkey (Kars, Ardahan, and Surmalou) in a post-World War II settlement. The Soviet claim was backed by the Armenian Church, the Soviet Armenian government and the Diaspora, including the anti-Soviet Armenian Revolutionary Federation (ARF).

The OSS astutely reported: “The Tashnags have never actually renounced their dream of a free and independent Armenia, including the Turkish irredenta, which has kept them at loggerheads with the USSR, ever since Armenia was established as a Soviet [illegible] in 1920. … With the vision of independence fading, the now Soviet-friendly Tashnags are turning their attention to the acquisition of the Turkish provinces of Armenia by the Soviet Armenian Republic.”

In explaining ARF’s post-war expectations, OSS stated: “If, as the Tashnags believe and hope, Turkey remains neutral [in World War II], she will be in a highly vulnerable position, and one item of payment for her neutrality, according to Mr. [James] Mandalian [editor of the Boston-based ARF newspaper Hairenik], would be the cession of Turkish Armenia to Soviet Armenia.”

The 1943 OSS document also contained a lengthy report on the Armenian-American press, focusing its attention on six of the 17 Armenian newspapers in the United States: “Hairenik and Asbarez (Tashnag)” classified as “rightist-nationalist;” “Baikar, Nor Or (Ramgavar)” and “Eritassard Hayastan (Hunchag)” classified as “liberal;” and Lraper (Armenian Progressive League of America)” classified as “leftist-Communist.” The last two newspapers are no longer in publication.

According to OSS, Hairenik and Asbarez are “strongly nationalist, anti-Soviet, and anti-Communist,” while Baikar is “resolutely opposed to the Tashnags and their principles. The Ramgavars have accepted the incorporation of Armenia into the Soviet Union as the most satisfactory way out of Armenian problems, and many articles are printed in Baikar extolling the Soviet regime in Armenia, particularly in its relations to the Armenian Apostolic Church.”

OSS estimated that the 95,000 Armenians in the United States in 1943, mostly settled in Massachusetts, New York, and California, “retain a keen interest in the affairs of their homeland [Soviet Armenia], though few, if any, would go back there.”