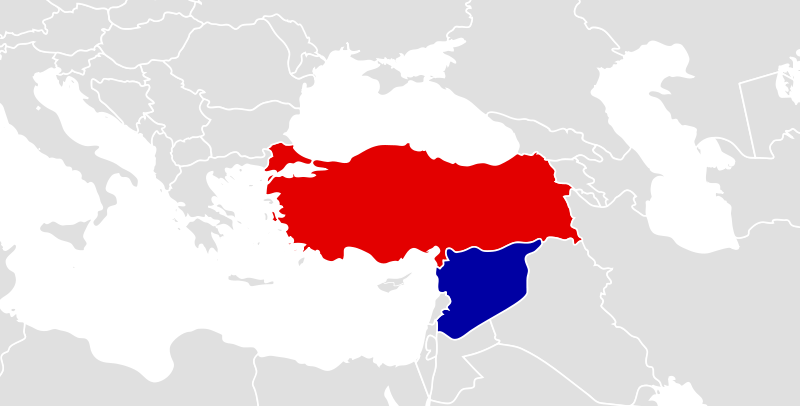 Syrian rebels abducted two Syrian-Armenian children on the border of Syrian and Turkey on July 28, as a bus carrying three Armenia families, 7 women and two children, was forced to stop at the border, reported the Aleppo-based Gandzasar newspaper.

The rebels kidnapped the 12-year-old and 14-year-old children and set the women free. According to sources close to the Gandzasar newspaper, the women are now at the Turkish border. According to reports from other sources, the abducted children were also set free later on.

On July 25, Aleppo resident Marita Amirkhanian was found dead in her apartment. Reportedly, the elderly woman was injured by sniper fire while on her balcony. Relatives discovered her body two days later when they went to her apartment to check up on her.

The situation in Aleppo has been deteriorating with a blockade of access routes by the rebels, making basic necessities scarce.

Armenians living in Aleppo have also endured grave losses. A bus carrying passengers from Aleppo to Beirut was attacked a week earlier, resulting in the death of one woman and injuring 17 on board. In the New Village in Aleppo a child was killed from sniper fire, while on July 26 four Armenians were taken hostage after rebels attacked a bus en route from Aleppo to Yerevan.

The fate of the four kidnapped Armenians remains unclear.

Karekin Hatsakourtsian, Garo Boboghlian, Nareg Varjabedian and Sako Asatourian, who are between the ages of 25 and 30, were kidnapped en-route to Yerevan.

She added that the Syrian-Armenian emergency relief body is continuing its activities, with a focus on the injured in Aleppo, and attending to the needs of residents in Damscus, Latakia, Kesab and Jezire.