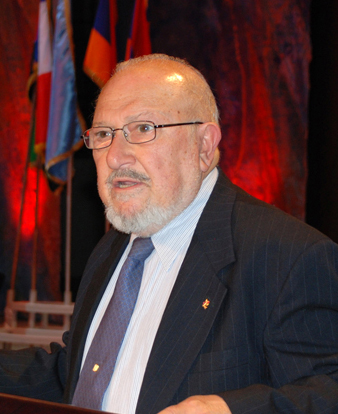 (armenianweekly.com) – Almost a century after their violent “demise” at the hands of Vladimir Ilyich Lenin and Mustafa Kemal Ataturk—two impromptu revolutionaries whose cross-purposes of international and national socialism shaped the gruesome decades that followed their success—the restless specters of the “defunct” empires of the Russian czars and the Turkish padishahs are making sporadic appearances on the political scene.

The location of this haunting seem to be the liberated and yet-to-be-completed edifices of their former non-Russian and non-Turkish subjects’ homelands, particularly the steadily fading patrimony of the Armenians. Clattering the ghostly chains of searing memories of subjugation to imperial misrule marked by genocidal slaughter and gruesome purges of not so long ago, this pair of ghostly appearances are becoming more defined every day. Of course, long-dormant specters do not appear without the occult expertise of inspired conjurers imbued with denial-induced visions of past “glories” waiting to be resurrected and offered their “rightful” place in a time-defying, nostalgia-induced “reality” of retrograde “visionaries.”

Two such visionary candidates to apprentice sorcery have revealed themselves as the prophetic conjurers of these creepy apparitions: President Vladimir Vladimirovich Putin of the (formerly Soviet) Russian Federation, of direct linage to the late Romanov Empire, a.k.a. “Holy Mother of all Orthodox Russians”—(Saints preserve us!),and leader of the “United Russia” Party—a euphemism for a desired future, soon to make a transition from an ectoplasmic existence to existing actuality, as “Imperial Russia.”

And, in the other corner, Premier Recep Tayyip Erdogan of the (formerly Kemalist) Turkish “Republic” (immediate descendent of the Imperial Ottoman Caliphate of all Sunni nations, a.k.a. “the Sick Man of Europe,” scourge of all infidel guiavours). A steadfast politician with global ambitions (and somewhat unsteady diplomatic skills), Erdogan, the head of the “Justice and Development” Party, heads a cabinet assembled through the norms of a shared nostalgia for the glorious days of the Ottomans, their spiritual and ideological forebears.

Judged by sporadic statements about its vision of the future of Asia Minor and the Middle East, this group seems to spend most of its time in séances conjuring the “benign” ghosts of Sultans Selim, Suleiman, Mourad, et al., deftly trying not to arouse the gory specter of the most notorious mass murderer of them all, Sultan Hamid II…

Two contemporary anachronisms of governance—since the Great War of almost a century ago, the one “to end all wars”—have yet to shed their imperial/colonial trappings, both overt and covert, before they can claim true and deserved membership in the 21st-century family of nations.

To make peace with their neighbors, they must renounce all genocidal practices of economic, cultural, and political aggression and forced ethnic cleansing and assimilation, still practiced endemically against their not so negligible “minorities.”

To start with, they have to cease their occult practices of haunting their long-suffering neighbors with the despicable specters of two defunct empires that still conjure an endless series of unspeakable, agonizing horrors.